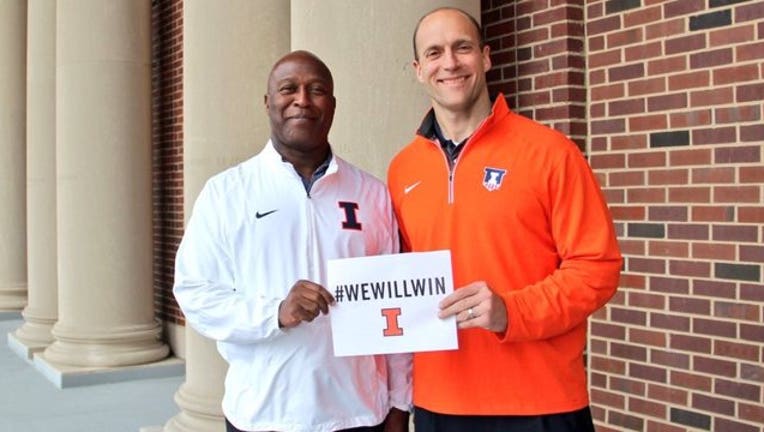 CHAMPAIGN, Ill. (AP) — Illinois football coach Lovie Smith says he will retain four members of the staff he inherited when he was hired this month.

McGarigle will continue as linebackers coach and Paul Williams will remain the secondary coach. Both were hired in January by coach Bill Cubit and their futures were unclear after he was fired this month.

Scheelhaase will move from running backs coach to a non-coaching role that has not been determined.

Phair will be the defensive line coach. He had been co-defensive coordinator, but newly hired Hardy Nickerson will lead the defense.

Smith has yet to hire running backs and special teams coaches.