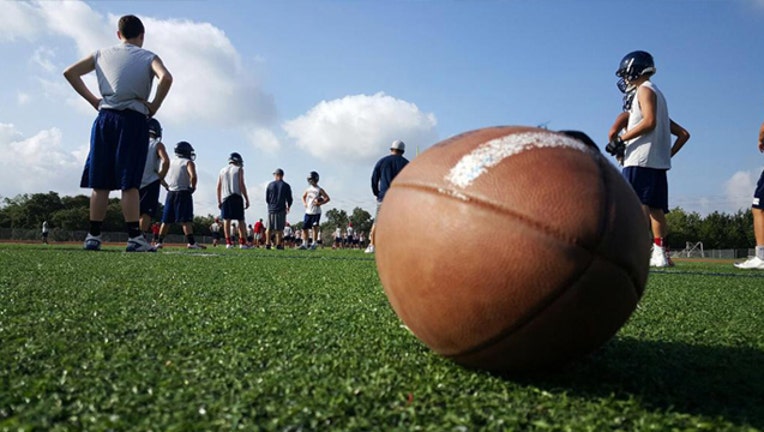 The game was broadcast by an online site that covers Cleburne High School contests but isn't affiliated with the school district, school officials said.

"We support that decision," Johnston said in an email, adding that the schools believe "this is not a time for divisiveness, and we appreciate CISD taking steps to promote unity and good sportsmanship."

The broadcaster referred to the Seguin players as the "cougroes," an apparent conflation of the school mascot Cougar and the word "Negro."

More than a third of the Seguin student body is African-American, while about 3 percent of students at Cleburne High School are black, the Fort Worth Star-Telegram reported.

The same broadcaster also invoked a weight-loss program in joking about a Seguin cheerleader, saying at one point: "Jenny Craig has ... a lot of work to do with her."

Johnston said in an earlier statement that, "We do not condone such boorish behavior."

A spokeswoman for Cleburne schools, Lisa Magers, said the district began investigating shortly after the game.

Magers noted the site isn't affiliated with the school district and said its operators have apologized.

Johnston and Magers identified the broadcaster as Mark Banton. He acknowledged to the Star-Telegram that he was one of the broadcasters who covered the football game, but he said he had "nothing to say" about the comments.

This story has been corrected to show that the Cleburne school district is in the city of Cleburne, not Arlington.