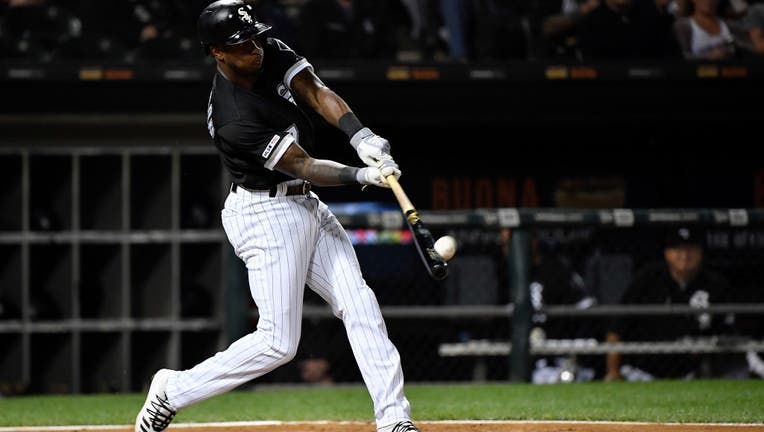 CHICAGO, ILLINOIS - SEPTEMBER 06: Tim Anderson #7 of the Chicago White Sox hits a two run home run in the fifth inning against the Los Angeles Angels of Anaheim at Guaranteed Rate Field on September 06, 2019 in Chicago, Illinois. (Photo by Quinn Harr

ST. PETERSBURG, Fla. - Chicago White Sox star shortstop Tim Anderson was out of the starting lineup Sunday for the second consecutive game against Tampa Bay due to leg soreness and fatigue.

"His legs are still barking," White Sox manager Tony La Russa said. "We don’t want to push him. If it was October, he’d be in there. It’s more preventive, get rid of some of that fatigue and soreness. He’s not hurt, he’s just sore."

Anderson could return for Monday night’s game at Toronto.

"He plays at such a high level," La Russa said. "Talked to the trainer (Saturday) night and said let’s just give him another day."

He had a game-tying homer in the ninth inning and a tiebreaking RBI single in the 11th as the White Sox beat the Rays 7-5 Friday night.