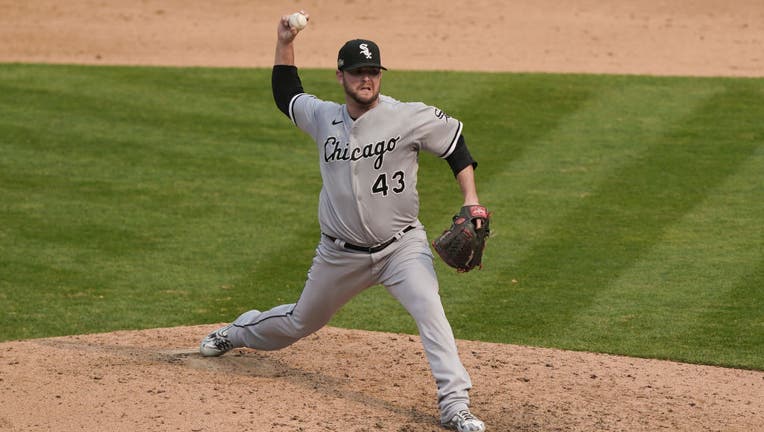 Evan Marshall #43 of the Chicago White Sox pitches against the Oakland Athletics during the six inning of Game Three of the American League Wild Card Round at RingCentral Coliseum on October 01, 2020 in Oakland, California. (Photo by Thearon W. Hende