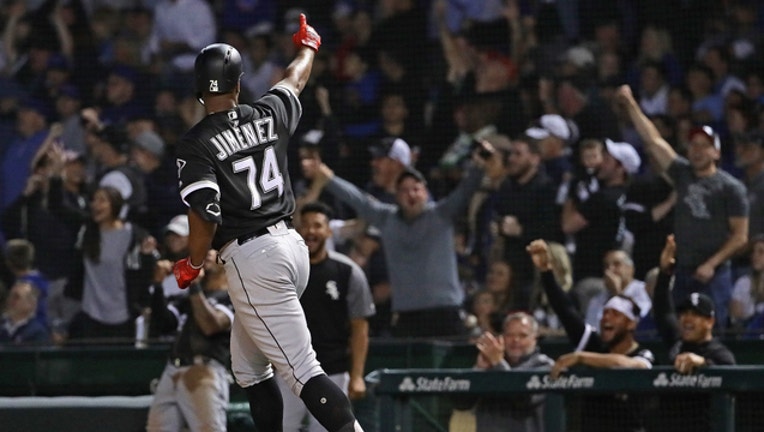 The move comes a day after Jiménez collided with outfielder Charlie Tilson in the first inning Tuesday against the Kansas City Royals. In the hours after the game, Jiménez was experiencing numbness down his arm and into his fingers.

Jiménez will rejoin the team in Tampa Bay this weekend after flying home to Chicago for a full evaluation. He'll be re-evaluated Monday, and the organization is optimistic Jiménez could only miss a couple of weeks.

The White Sox purchased the contract of infielder Ryan Goins to replace Jiménez. Goins, who appeared in 41 games with the Royals in 2018, was set to start at shortstop against his former team Wednesday.

RHP Juan Minaya was outrighted to Charlotte after being designated for assignment Saturday.