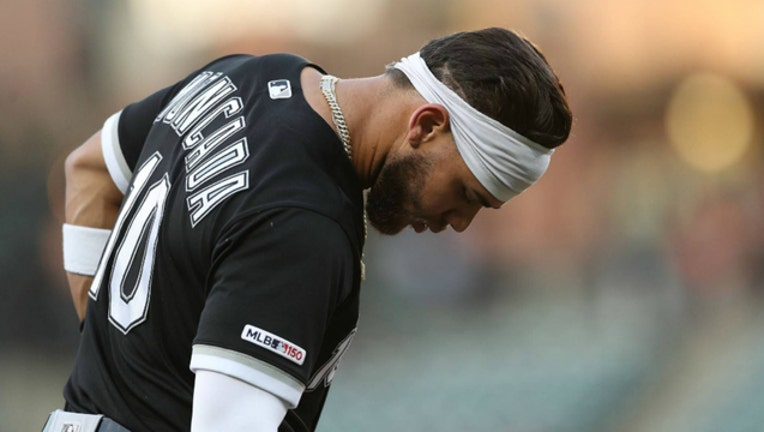 The White Sox made the move before Thursday's game with the New York Mets. Outfielder Ryan Cordell was recalled from Triple-A Charlotte.

Moncada left Tuesday night's game after fielding Wilson Ramos' grounder in the top of the first. On Wednesday, Moncada said through a translator that he first sensed discomfort while taking groundballs before that game, but then "felt" the injury on his first play in the 5-2 11-inning loss to the Mets.

The move was retroactive to Wednesday.

Moncada is hitting .301 with 20 homers and 59 RBIs in 97 games. The 24-year-old has been solid in the field in a breakout season and is considered one of the young pillars in rebuilding Chicago's lineup.

"We have to be cautious, obviously, with all of our guys," manager Rick Renteria said. "They are a big piece of what will be a big future for them and for us.

"(Moncada) had shown everybody he's made the improvements - a lot of improvement - on both sides of the baseball. Hopefully he's recoving from this soon rather than later."

Cordell was optioned to Charlotte on Tuesday. He's batting .234 with five homers and 18 RBIs in 69 games with Chicago.