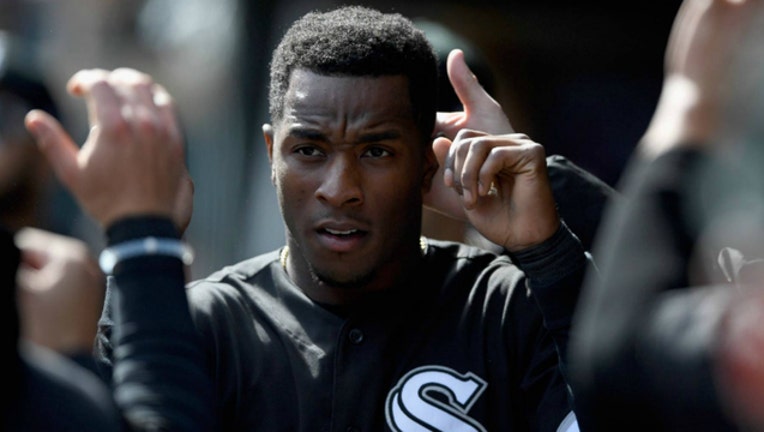 BOSTON (AP) - Chicago White Sox shortstop Tim Anderson said he felt "a lot better" on Wednesday, a day after spraining his right ankle and leaving a game against the Boston Red Sox.

"I just planted wrong," Anderson said Wednesday after the game, which the White Sox won 8-7. "I kind of felt a little pop. It kind of scared me a little bit."

The team said Anderson was diagnosed with a high ankle sprain, but manager Rick Renteria said he had not seen the results of an MRI taken on Wednesday. X-rays on Tuesday were negative; Anderson was walking in flip flops with a pronounced limp after the game, then he put on a walking boot to leave the ballpark.

"Everything will be announced on Friday," Renteria said. "I don't have a timetable for you."

The White Sox lost another infielder during Wednesday's game, when third baseman Yoán Moncada was hit by a pitch on the right knee in the first inning. He left the game and the team said it was a bruise.

Anderson planted his right foot awkwardly on the wet dirt behind second base after fielding a grounder and throwing to first. He hopped a few steps on his left leg before falling to the ground in obvious pain.

Renteria and a trainer helped him off the field.