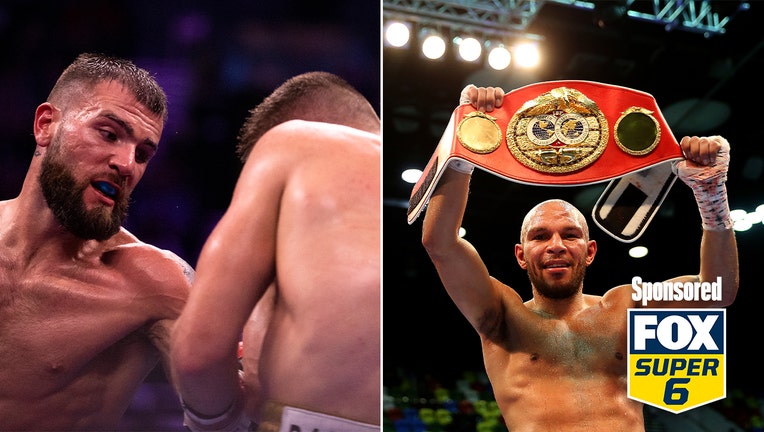 Both Caleb Plant and Caleb Truax knows what it is like to wear the belt of a champion. That exhilaration from the moment of victory. The knowledge of being the best in the world.

On Saturday night, only one of them will know that moment again when the two meet for the IBF World Super Middleweight Championship as part of the Premier Boxing Champions big fight card on FOX (Saturday, 9 p.m) from the Shrine Auditorium in Los Angeles.

And that fight card could make you a champion with the $1,000 Super 6 contest on the PBC on FOX.

To play, all you have to do is go to the Fox Super 6 app on your phone or tablet device. When you click on the app, you will see the entry for Saturday night’s fight card. Just go onto the app, swipe for the results for each of the six categories that you think will take place and then watch the fight card to see if you won.

Here are the six questions that you will have to answer:

What will be the outcome of the Michael Coffie vs. Darmani Rock fight?
The choices are Coffie KO/TKO, Coffie Decision, Rock KO/TKO, Rock Decision and Draw.

Both heavyweight fighters are undefeated coming into this one, with Coffie- the 34 year old former Marine who started fighting when returning from overseas- taking his 11-0 record with eight knockouts against Rock, the 24 year old from Philadelphia who has a 17-0 record with 12 knockouts.

One thing to keep in mind for Rock is he hasn’t been in the ring since Oct. 19, 2019 because of the pause in boxing due to COVID-19. However, seven of his last eight fights have ended in four rounds or less. Coffie has five of his 11 fights ending in two rounds or less.

What round will the first knockdown occur in the Plant vs. Truax fight?
The choices are 1st round, 2nd round, 3rd round, 4th round, 5th round or none of the above.

If you are looking for history, consider that Plant had a TKO in the 10th round against Vincent Feigenbutz but never sent him to canvas. But in his fight against Mike Lee and Jose Uzcategui, Plant had six knockdowns all before the end of the 4th round.

This is a style fight. Truax is 31-4-2 and just over half of those fights (21 of those) for the 37 year old have ended in knockouts. Four of the last six Truax fights have gone the distance. Plant has 12 knockouts in his 20 professional fights as part of his undefeated record.

Which boxer will have more Punches Landed by the end of the fight?
Plant, Truax or Tie

Truax has a minor advantage in reach – 75 inches compared to 74. However, one thing that likely will work in Plant’s advantage is his nine years of an age advantage. This could be a very close stat to watch.

If you are picking Truax, it is likely to be because of his cunning ways and his ability to tactically find a way to get around the ring. If it’s Plant, it could be because of his speed and the ability to land the big punch that has given him the "Sweethands" nickname.