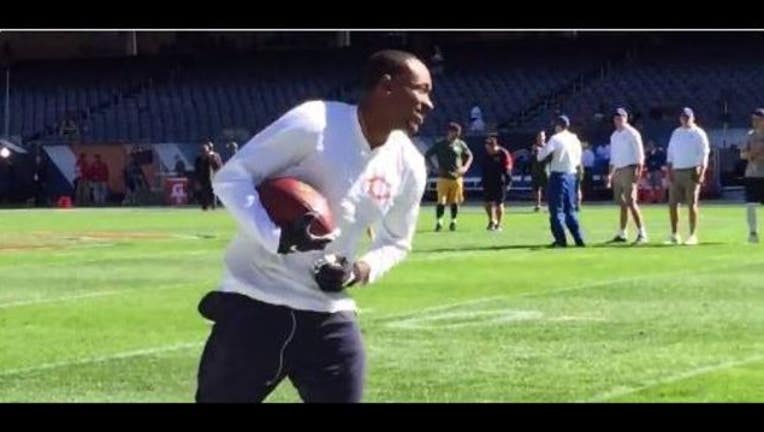 CHICAGO (AP) — Wide receiver Alshon Jeffery is active for the Chicago Bears after missing the preseason with a calf injury.

Fellow receiver Eddie Royal also is set to play in Sunday's game against the Green Bay Packers after being hampered by a hip injury. Royal signed with Chicago in the offseason.

The Packers will be without Morgan Burnett after the safety missed the last preseason game with a calf injury. Micah Hyde got the start in place of Burnett.

The Bears' inactive list includes linebacker Jonathan Bostic, who is out with an ankle injury. Quarterback David Fales, running back Ka'Deem Carey and center Hroniss Grasu also are inactive.