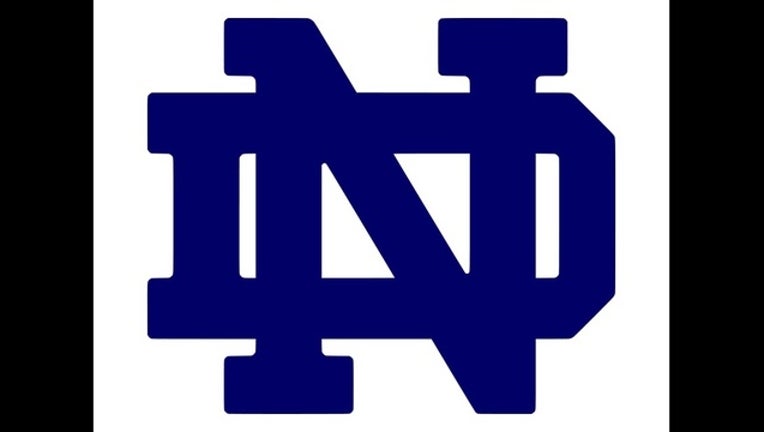 Zaire threw for 313 yards and three touchdowns, and No. 11 Notre Dame held Texas to 163 yards of total offense in a 38-3 victory Saturday night.

"He threw precision routes," Kelly said. "We knew what he was capable of. I think he put it together tonight, and he has room to grow."

"They gave me some great protection. The receivers did a good job catching the ball. The whole team collectively as a unit did a great job," he said.

"We just gave him too much time to throw it and they have really outstanding receivers," Strong said. "When you allow him the time and he can find him, which he did, he's going to make those throws."

Will Fuller caught a pair of touchdown passes — one a 66-yarder — and finished with 142 yards receiving. Chris Brown added a 6-yard touchdown catch. Freshman Josh Adams ran for a pair of TDs, including 14-yard score on his first career carry, and C.J. Prosise added 98 yards rushing on 20 carries.

Kelly said Tarean Folston, the leading rusher from last season, sustained an injury to his right knee. He didn't immediately know the severity.

Notre Dame took advantage of an inexperienced Longhorns squad starting three players who were in high school a year ago, amassing 527 yards of total offense.

"We've got to get more consistent with stopping the run. We'd have one stop, two stops, and every now and then there would be an explosive play," Texas defensive end Naashon Hughes said.

The Irish had seven runs of 10 yards or more, with the longest being a 25-yard run by Adams.

The 11th meeting between the programs that rank second and third in victories (Notre Dame with 883 and Texas with 881) didn't match the significance of their three meetings in the Cotton Bowl in the 1970s when national championships were on the line each time. But there was still a big-game atmosphere, with burnt orange visible throughout the stands and with some in the crowd paying more than $500 a ticket.

Kelly didn't want to get overly excited about the win.

"A good victory. It's only one," Kelly said. "It's a long journey for our football team. We're excited about the win, but we have a long way to go."

The Texas offense started the season where it finished off last season, ranking 105th in total offense, as it struggled to get anything going. Tyrone Swoopes was 7-of 22-passing for 93 yards, and Jerrod Heard completed his only pass for 10 yards.

Strong blamed the line for the troubles.

"We've got to give our quarterback time to throw the ball," he said.