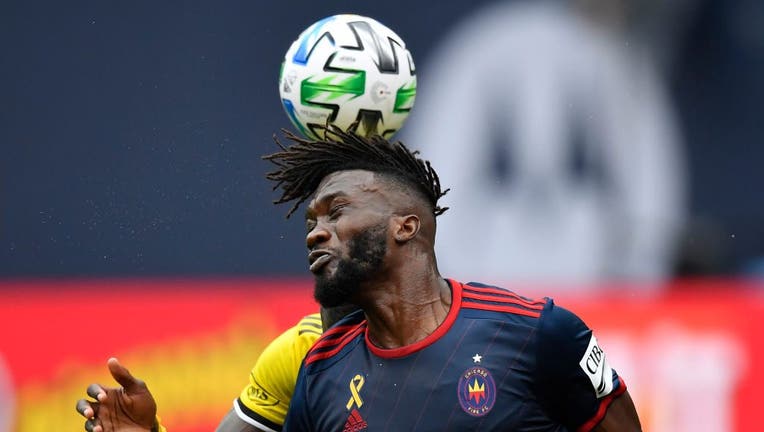 CHICAGO, ILLINOIS - SEPTEMBER 12: C.J. Sapong #9 of Chicago Fire heads the ball in the second half against the Columbus Crew at Solider Field on September 12, 2020 in Chicago, Illinois. (Photo by Quinn Harris/Getty Images)

Youness Mokhtar fired a shot from distance, but the ball was defected and hit Zardes in the back of the leg. Zardes’ clear shot into the corner of the net beat goalie Bobby Shuttleworth for his eighth goal of the season.

Zardes’ header was redirected to Fatai Alashe, who scored on a header in the 68th minute.

The Fire (2-6-3) scored both goals inside the 6-yard box in the first half. Djordje Mihailovic scored his first goal of the season in the 11th minute on a cross from Robert Beric. Beric scored three minutes later off a cross from Fabian Herbers.