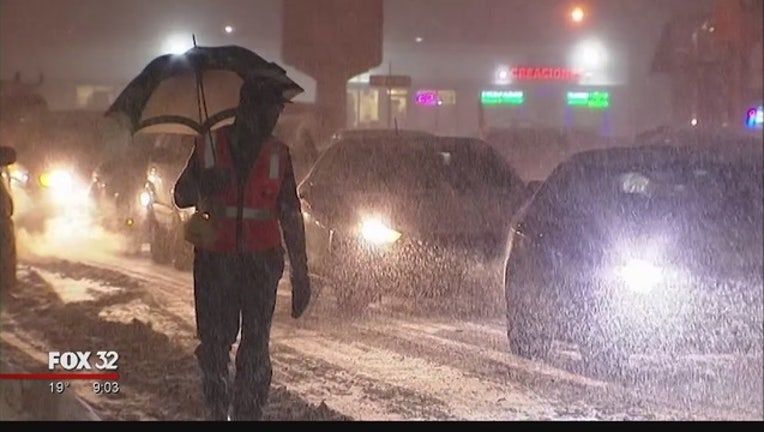 CHICAGO (AP) - The Chicago area and much of Illinois are getting snow as part of a storm hitting the Midwest and beyond.

The National Weather Service says a weather system will be rolling through the Chicago area until sunset on Monday. Forecasters say 3 to 6 inches of snow is expected.

Snow started Sunday. Winter weather in the Chicago area and elsewhere is leading to flight cancelations at the city's airports.

The last time Chicago received any significant snowfall was in mid-December, when there was a little more than 5 inches of snow on Dec. 11 and 3.5 inches of snow days later.

Since the first of the year, what rare flurries the city has seen have added up to less than an inch of snow.