Chicago - It's no exaggeration to say that Wednesday will feel more like February than April.

Our highs should only reach into the lower 40s for most of us. The average high for today's date is 64 degrees while the average high for the end of February is 40 degrees. This month has been running a bit over two degrees below average as of Tuesday.

While we may warm a bit for the weekend, it looks like we will stay at least a smidgen below average through next week.

The byproduct of a cool pattern is a quiet start to severe weather season in Chicago. There have been no tornadoes in our area so far this year. 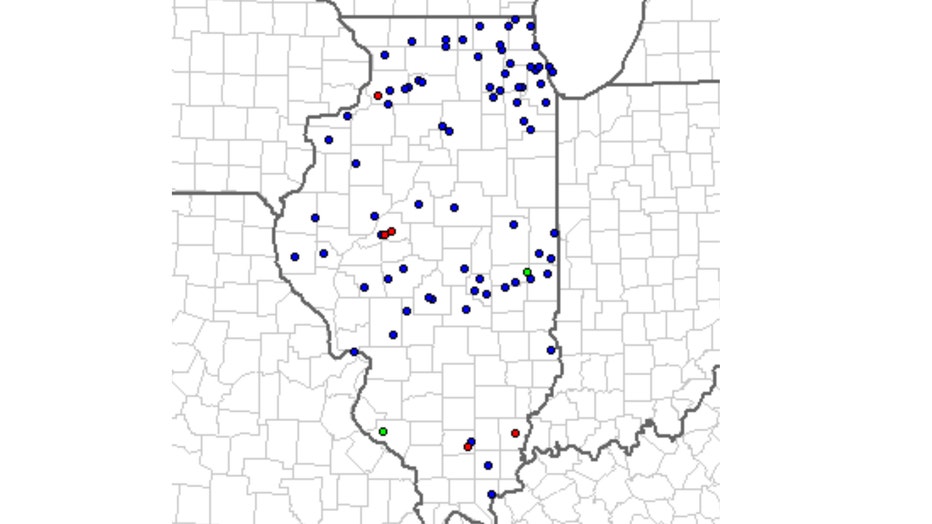 There have been a total of 87 reports of severe weather so far according to the Storm Prediction Center across Illinois. 79 of those reports were for wind (blue dots), 2 for hail (green dots) and 6 for tornadoes (red dots). 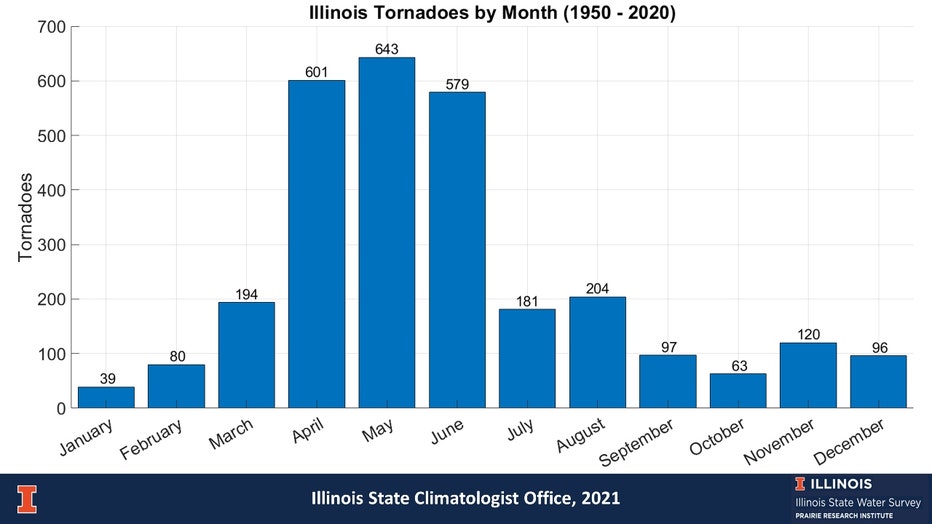 The Illinois State Climatologist Office has compiled a complete record of Illinois tornadoes by month between 1950 and 2021. On average, we should have about 13 tornadoes by the end of April statewide. We have seen less than half the normal number so far in 2022.

Notice the relatively big spikes for tornadoes in the months of April, May and June. This is historically the worst three months for severe weather in Illinois. April has been quiet so far here but will that trend continue? 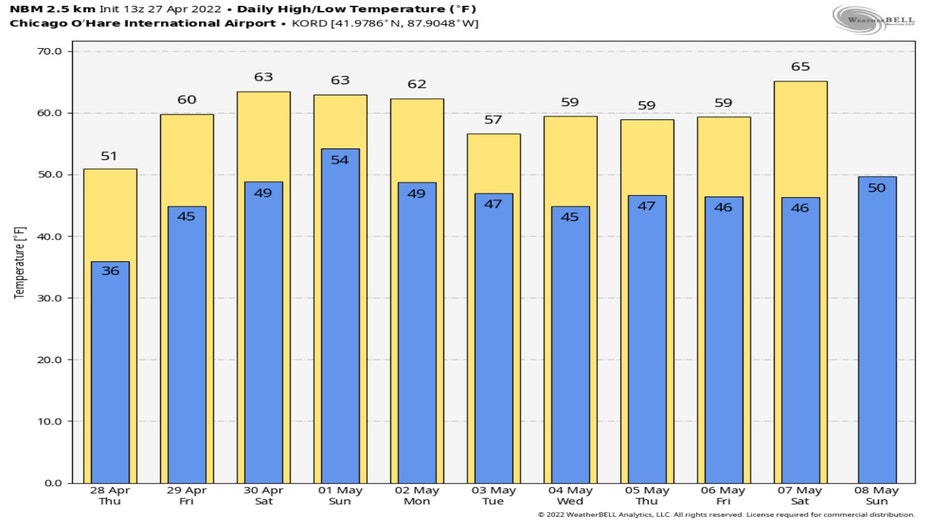 A warm-up is coming for this weekend but even with the bump in temperatures, we will be at least slightly below average Saturday and Sunday. Another cooler pattern kicks in towards the end of next week with highs forecast to fail to get above the 50s Monday through Thursday next week.

While tornadoes are certainly possible even during cooler patterns, they are overall less likely compared to a relatively warmer pattern than we expect through next week. Warm, moist air near the surface is one of the key ingredients needed to spin up a tornado. The forecast right now through next week is not favorable for much in the way of severe weather. 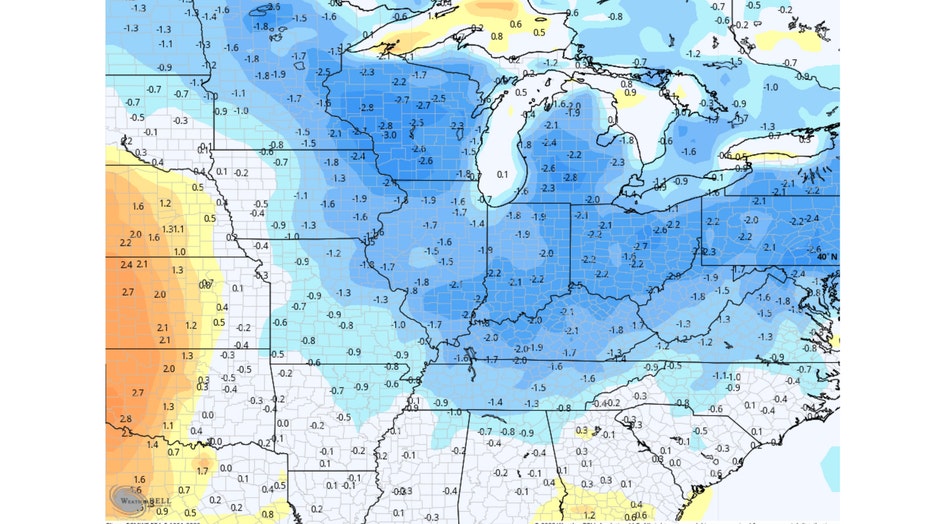 Our cooler than average pattern overall could continue for quite some time. The Global Ensemble Forecast System keeps us around a degree or two below average through nearly the end of May. This would tend to again favor a more quiet period for severe weather.