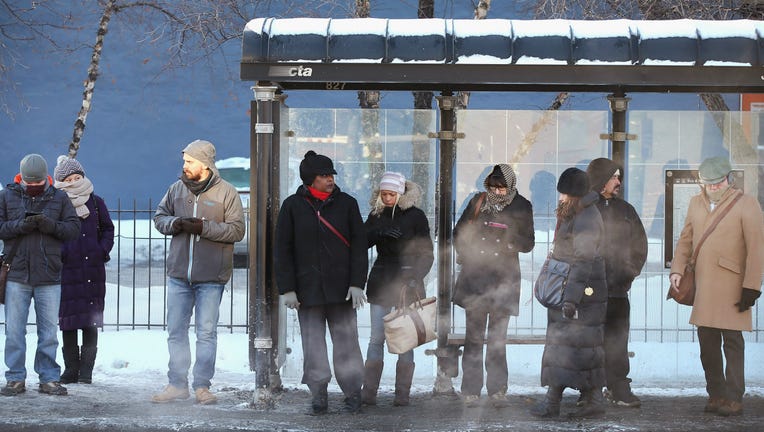 Temperatures at O’Hare International Airport clocked in at 14 degrees about 6:30 a.m., according to the National Weather Service, with a wind chill that made it feel more like 0 degrees.

The good news is that the city should warm up slightly as the day moves along, with temperatures peaking at a balmy 28 degrees, the weather service said. There is a 20% chance of snow after 5 p.m., with the likelihood increasing later into the night.

Though Wednesday’s temperatures are still well below average for the middle of November, the cold is a marked improvement from the two days prior, when Chicago broke consecutive records for lowest recorded temperatures on Nov. 11 and Nov. 12 at 14 degrees and 7 degrees, respectively.

Average highs for this time of year are usually in the mid-50s, meteorologist Gino Izzi said, with lows rarely dropping below the 30s.

The city will continue to gradually heat up throughout the rest of the week, with expected highs of 31 degrees on Thursday and 37 degrees on Friday, the weather service said.

A semblance of normalcy will return next week, when temperatures are expected to hover in the 40s.