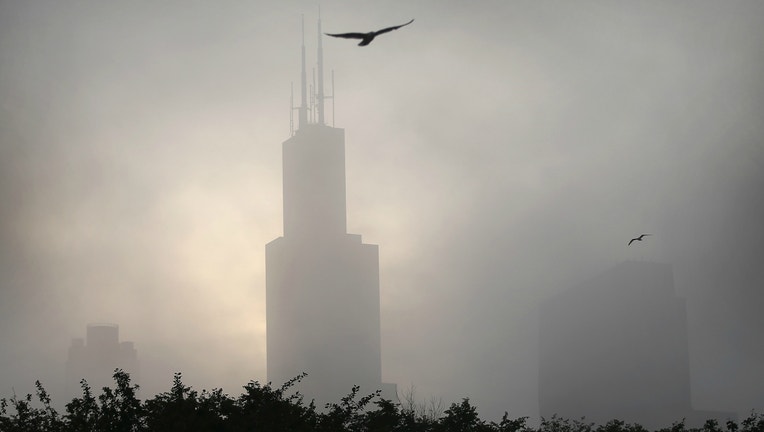 A “dense fog advisory” lasts until 9 p.m. in the Chicago area, although visibility should start to improve by 6 p.m., according to National Weather Service meteorologist Eric Lenning.

“Drivers just need to be careful, because if you’re driving too fast, you won’t be able to see what’s up ahead in time to stop for it,” Lenning said.

Departures at O’Hare, and arrivals at Midway Airport were being delayed due to low visibility, according to the Federal Aviation Administration.

Midway was reporting more than 100 canceled flights and delays over 45 minutes, the Chicago Department of Aviation said. O’Hare recored more than 30 cancellations and delays under 15 minutes.

Another round of snow will move into the Chicago area Friday night, dumping a possible 6 inches of snow by Saturday.