Chicago - My opinion of snow has radically changed from when I was a child growing up in Schaumburg. I used to love it. The more the merrier. Not so much anymore. I don't have an excuse for not getting to work. That means I have driven in some of the worst weather imaginable. I've driven in three of the worst snowstorms Chicago has ever seen. I have also shoveled tons of snow and that is no exaggeration. Just ask my back. 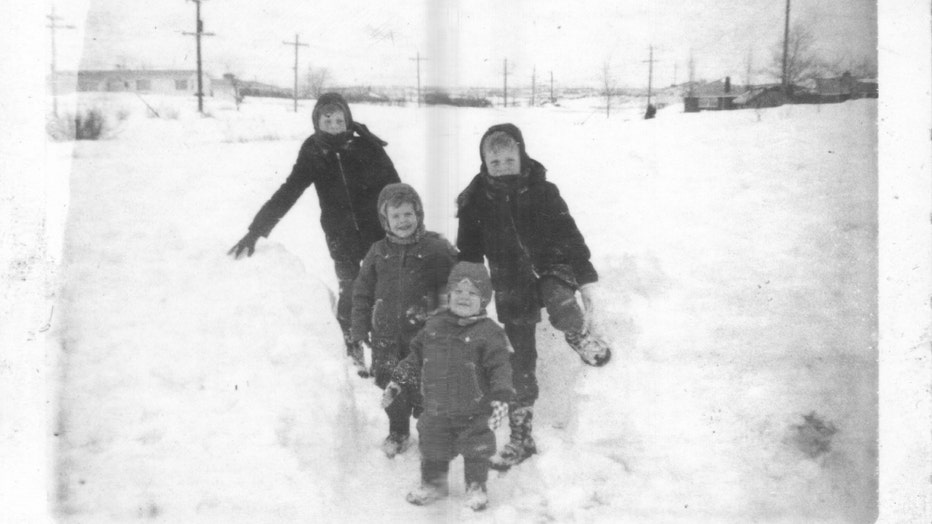 That is me in the picture above. I am in the middle, just in front of my two older brothers in their darker jackets. My youngest brother is in the foreground. I may have been the inspiration for Ralphie's brother Randy in "A Christmas Story". If I ever fell over, I might not get back up again.   This picture was taken right after the January 26-27 blizzard, the worst on record for Chicago.

We would spend hours out in the snow and then come inside and strip off our wet winter gear so our mother could throw everything in the dryer. After a cup of hot chocolate and a break, we would head back out into the snow again. It was a blast.

I lived through the top five worst snowstorms in Chicago's history. For four out of those five I was an adult that had to drive in the snow. So snow is no longer fun for me in most aspects. Forecasting snow is another thing. It is probably the most exciting thing I do as a meteorologist. Forecasting individual storms is challenging. There are many factors that determine the amount of snow we will get here. They include the path and speed of storm. We also have to take Lake Michigan into consideration. Will we get lake enhancement or not? This is jut the tip of the winter storm forecast challenge iceberg.

Winter storm forecasting is difficult but winter seasonal snowfall forecasting is nearly impossible. That is what I am going to try on the first day of meteorological winter.

Here is a list of Chicago's worst snowstorms on record:

It has been ten years since a snowstorm has cracked the top ten. Will we have a storm this year that will bump one of these off the list? I don't know but that is not what I want to do in this post. Instead, I will give a total snowfall forecast for the entire winter season from December through February.

The United States in not a meteorological island. What I mean is that weather events that occur in other places of the world have an impact here. This is the idea behind "teleconnections". It refers to "a recurring and persistent, large-scale pattern of pressure and circulation anomalies that spans vast geographical areas" that are many times linked to weather patterns elsewhere.

The sea surface temperatures in the Pacific Ocean along and near the equator is one example. The absence or presence of either a La Nina or El Nino has an impact on our weather here in Chicago and can give us a hint of what to expect this winter. 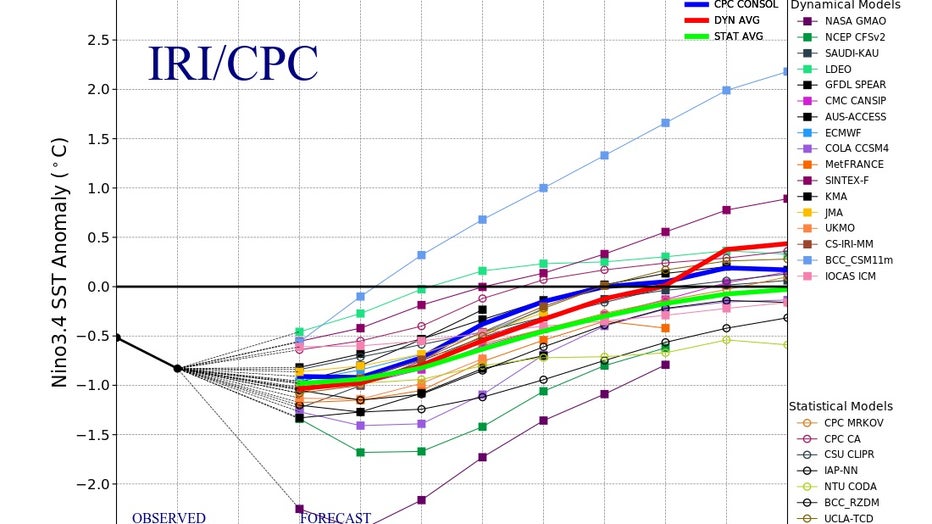 It so happens that we are now in a weak La Nina. The graph above shows the ENSO or El Nino Southern Oscillation forecast through this winter and beyond from several computer models. If the forecast line is below the 0.0° far enough, it is expecting La Nina conditions. Knowing the majority of models are expecting a weak to moderate La Nina this winter, I will look back at previous winters with similar conditions to get an idea of what to expect for this one. 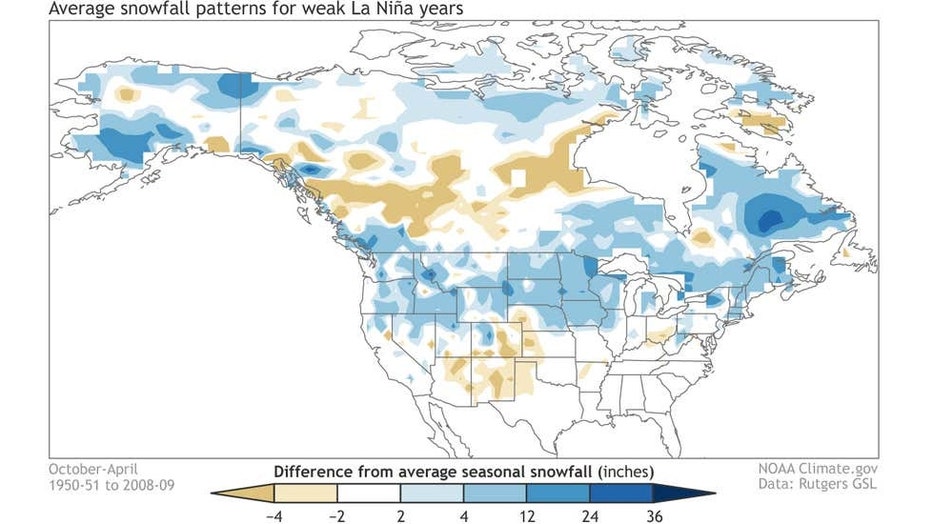 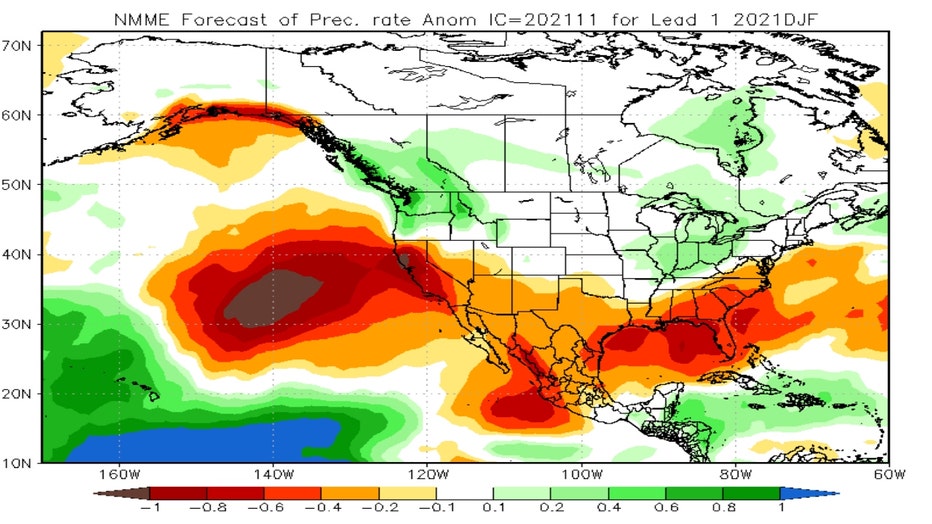 I also need to consider an "ensemble forecast" of winter precipitation. An ensemble weather forecast is "a set of forecasts that present the range of future weather possibilities". It could be one model that is run several times with the initial conditions tweaked a bit each time. It could also be a combination of several different models. The graphic above is the NMME forecast of this winter's precipitation. The North American Multi-Model Ensemble (NMME) is "an experimental multi-model seasonal forecasting system consisting of coupled models from US modeling centers including NOAA/NCEP, NOAA/GFDL, IRI, NCAR, NASA, and Canada's CMC". It is forecasting above average precipitation for this winter. That precipitation could be either in the form of rain or snow and even everything in-between. 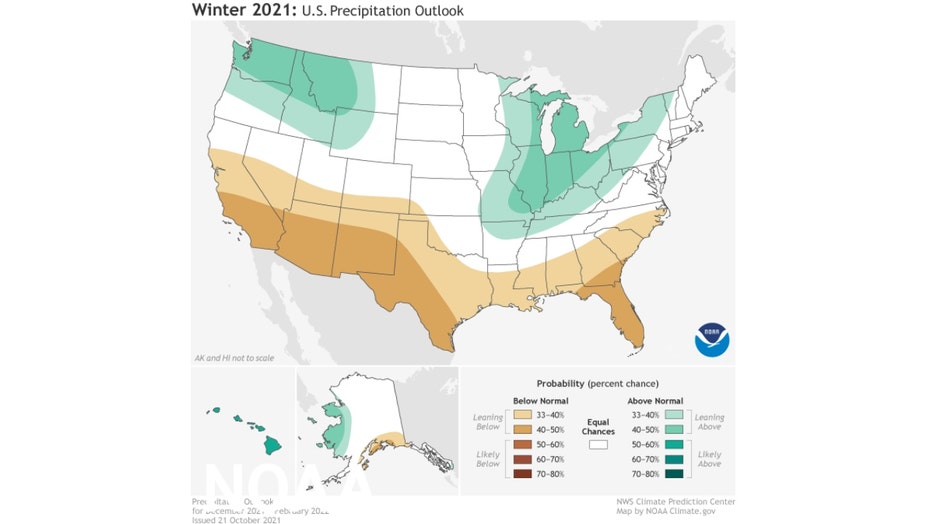 The official winter precipitation forecast from the National Weather Service calls for above average precipitation here and across most of the Midwest. Notice how similar the pattern is in the graphic immediately above and the NMME forecast graphic.

I've also considered other winter forecast sources. AccuWeather is forecasting 125% to 149% of normal snowfall here. The 1991-2020 average snowfall for the months of December, January and February combined is 29.6". That means they are forecasting between 37" to 44" of snow this winter.

WeatherBell is forecasting about 125% of normal snowfall. That means around 37" for Chicago.

Last but not least, the real wildcard this winter in terms of snowfall may be Lake Michigan's water temperature. As of this writing the water temperature in the southern end of the lake was still well into the 40s in the middle of the lake. That is much warmer than average for this time of the year. When the weather pattern favors a cold wind off the lake blowing in our direction, we could get generous amounts of lake effect snow. The greater the difference between the warm water temperature and the temperature of the cold air aloft, the greater the potential for lake effect snow. The question is just how often we will be downwind of that cold air this winter.

So here goes nothing. After careful consideration, a roll of the dice and a little prayer, I am going to forecast a range of 33" to 37" of snow this winter. That would be above the average of nearly 30".

Later this week I will take a shot at forecasting temperatures for this upcoming winter in Part 2 of my winter forecast.