A tornado warning was issued Tuesday afternoon for parts of Will County.

CHICAGO - A tornado warning was issued Tuesday afternoon for parts of Will County.

The warning, which was in effect until 3:30 p.m., covered Joliet, New Lenox, Mokena and other parts of the southwest suburbs, according to the National Weather Service.

Between a quarter- and half-inch of rain could fall over the Chicago area by the evening. The chance of precipitation in Chicago is forecast at 60%.

Strong storms to pass through Chicagoland on Tuesday

The strongest winds, between noon and 6 p.m., could gust at 40 mph, the weather service said. There is also a limited risk of half-dollar-size hail.

The high temperature Tuesday may rise to 87 degrees, but forecasters warned swimmers and boaters to avoid Lake Michigan. Life-threatening waves could rise to 3 or 5 feet.

The Chicago area and northwest Indiana are under a severe thunderstorm watch until 9 p.m., according to the National Weather Service.

FOR THE LATEST UPDATES, DOWNLOAD THE FOX 32 WEATHER APP 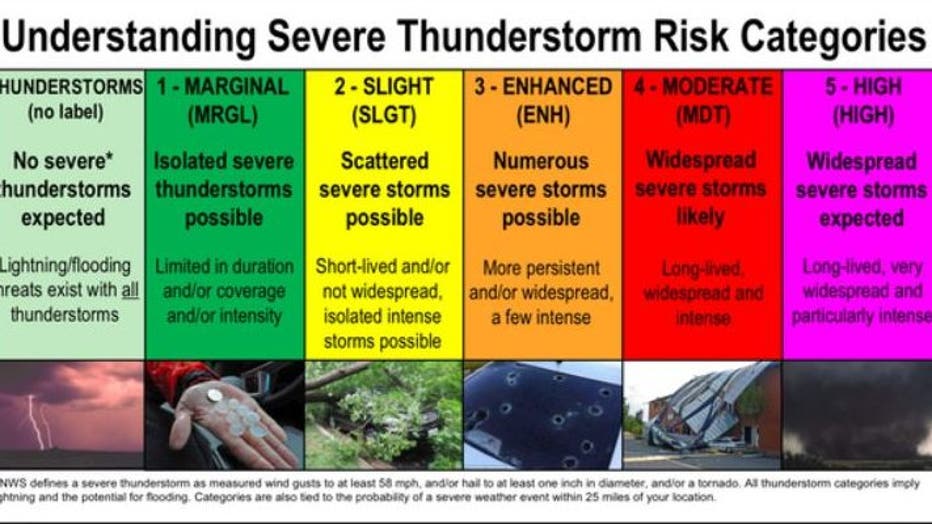 Graphic via the National Weather Service