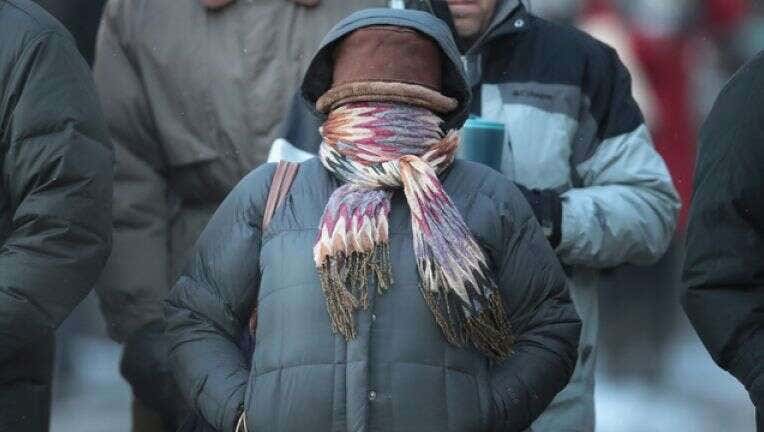 CHICAGO - In a one-two punch, the Chicago area will be hit with several inches of snow Wednesday evening and — less than 24 hours later — a bitter cold the area hasn’t felt in nearly a year, forecasters say.

There’s a “high chance” of 3 inches of snow by Thursday morning, followed by plummeting temperatures throughout the day that could reach below zero by nighttime, according to National Weather Service meteorologist Jake Petr.

“We’re forecasting the coldest temperatures of the season,” he said.

Thursday morning, temperatures will be in the 20s, dropping to the teens by 3 p.m. and falling into the single digits by 7 or 8 p.m., he said.

Chicago could have a windchill of 10 degrees below zero at its coldest, Petr said. Areas west of the metro area could see windchills as low as negative 20 degrees.

The Chicago area hasn’t seen temperatures so low in nearly a year, Petr said. The last time Chicago recorded a below zero temperature was March 4, 2019, he said.

“Temperatures will rebound quickly by Saturday, when we’ll be in the 30s,” he said. The high for Sunday is forecast for 39 degrees.

So far, the Chicago winter has been fairly mild, with January and December both measuring about 6 degrees above average, Peter said.

The expected snowstorm is part of a larger weather system moving from the southwest U.S. to the Great Lakes region, Petr said. The cold air immediately following is part of a front moving south from Canada.