Chicago - If the month ended as of yesterday, we would have accomplished a fairly rare feat in terms of weather.

The National Blend of Models long range forecast suggests 6 of the first 7 days of August will be above average. It has us warming up to 92 degrees for Wednesday and Thursday. Other models are suggesting highs could be closer to 100 degrees by the middle of next week. 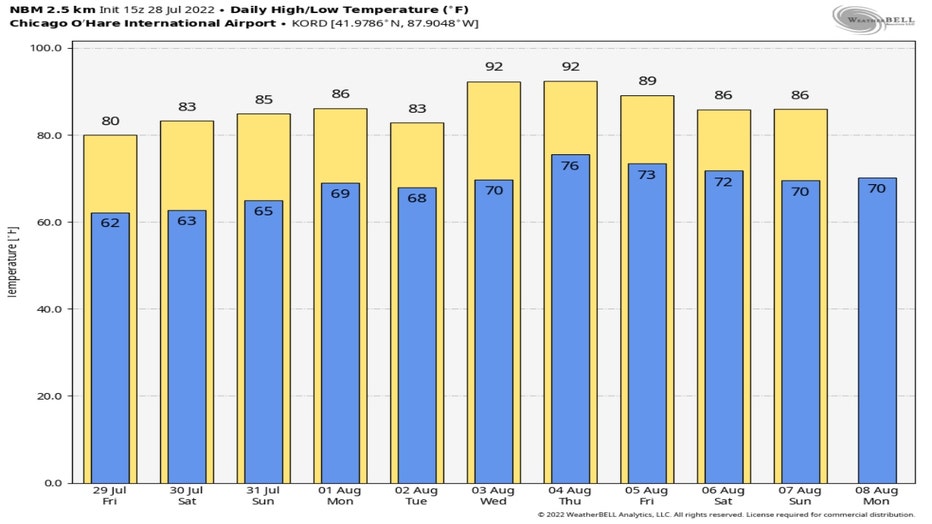 Both the Climate Prediction Center's 6-10 day and 8-14 day temperature outlooks keep the bulls-eye of the highest probabilities for above average temperatures precariously close to Chicago.

The 6-10 day outlook has us "likely above" average overall for the period from next Tuesday to the following Saturday. 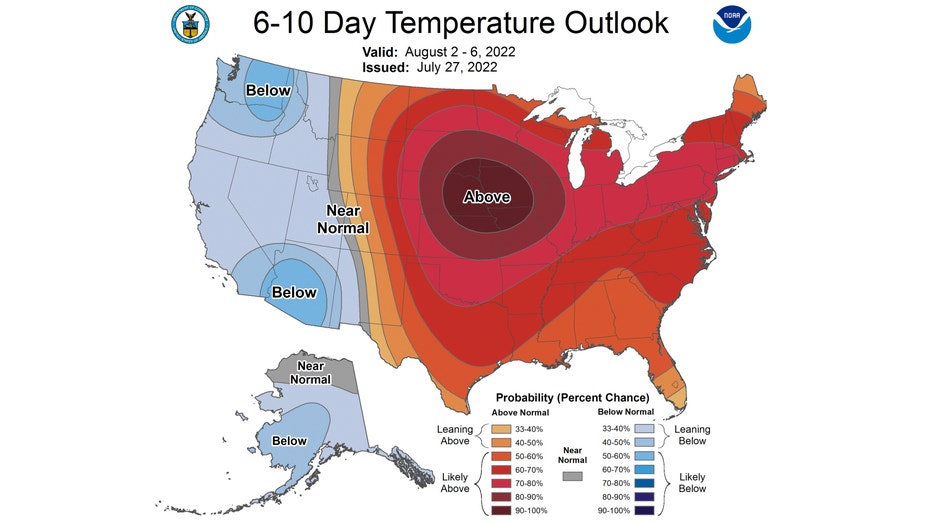 The 8-14 day outlook also has us "likely above" average overall for the period from next Thursday through the following Wednesday. 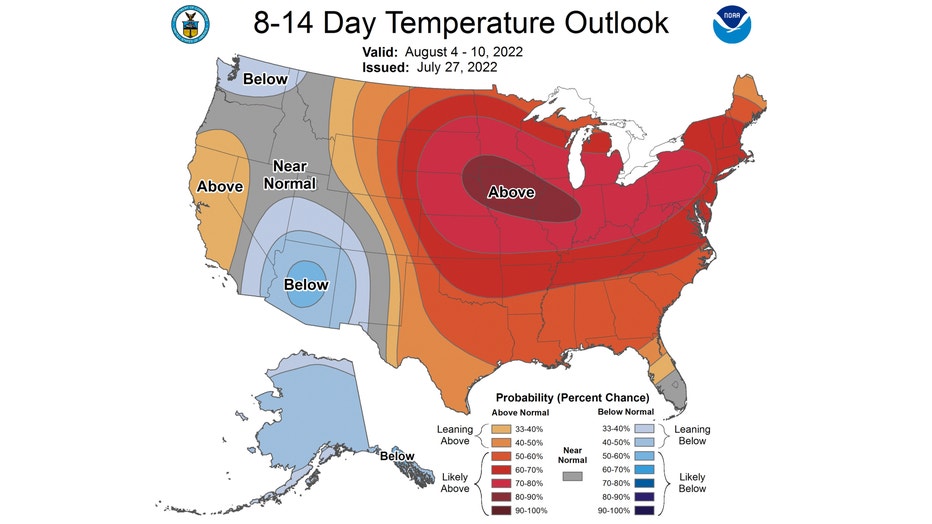 There is a lot of tan, orange and red on both of those outlooks.

There are a lot of those same colors on the seasonal temperature outlook that covers August through October. 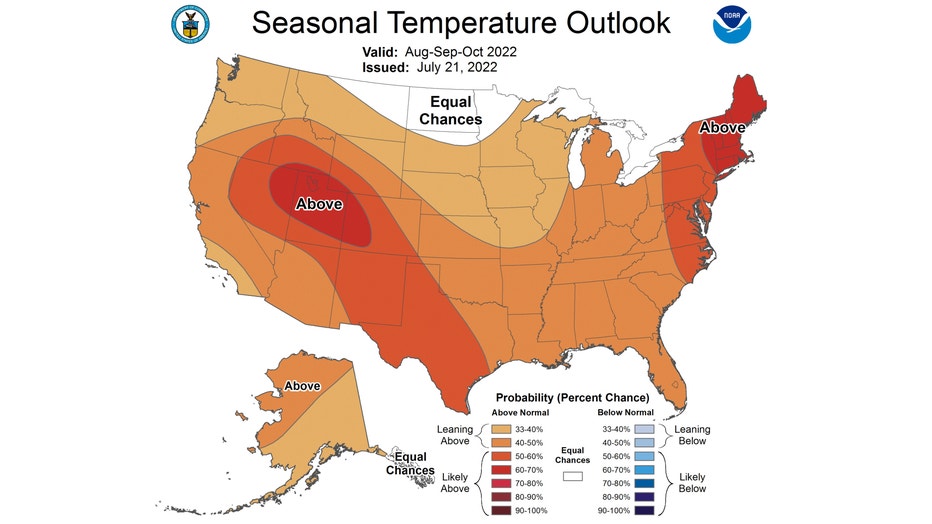