CHICAGO - Our temperature turnaround has been jaw-dropping. Weather whiplash strikes again in Chicago.

Remember our frigid Friday? O'Hare did not climb above zero all day. It was the coldest day in nearly four years. Just six days later and it almost feels like spring as highs hit the middle to even upper 50s in spots.

We will go from more than 30 degrees below average last Friday to nearly 25 degrees above average today.

The National Weather Service shared this summary of the brutal conditions that battered the area late last week. The highlights (or should I say lowlights?) include a wind chill that dropped to -42 degrees at several locations. Blizzard conditions blasted portions of the area as wind gusts up to 60 mph whipped up some freshly fallen snow. 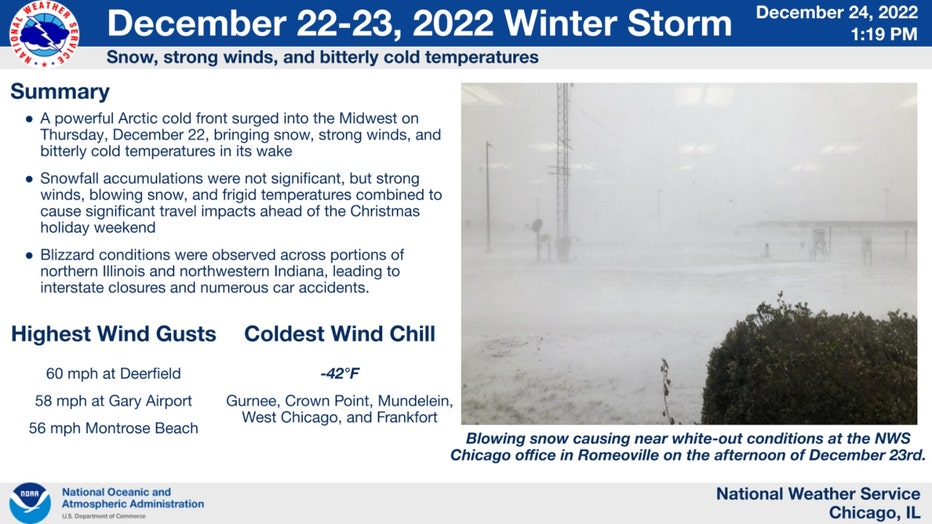 Just purely in terms of temperatures, today will mark a swing of more than 60 degrees from six days ago. Our low on Friday was -8 degrees and our high today should hit at least the middle 50s.

It is nearly a 100 degree swing when wind chill is considered! It felt on Friday as cold as -42 degrees and today it will feel like the 50s because we will climb into the 50s. It will be breezy but wind chill isn't a thing when we are this mild.

This will be a shock to some of our systems, but it isn't the biggest temperature swing we have seen in six days. That honor goes to a period back in January of 1967. Temperatures climbed from 10 degrees below zero to 65 above just six days later for a jump of 75 degrees in total. Just a couple of days later we were hit with the worst snowstorm in Chicago's history as nearly two feet of snow fell. 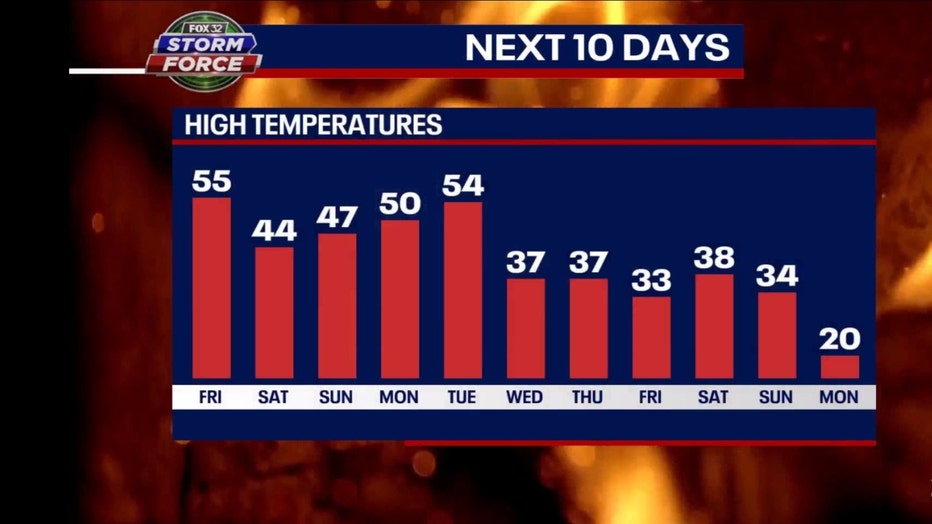 The milder pattern that kicks in today should stick around through the start of 2023. Our model shows highs well above average through Tuesday. We drop back into the 30s from next Wednesday through the following weekend but even those temperatures are at least a couple of degrees above average.

The long-term forecasts from the Climate Prediction Center still have a strong signal for this mild pattern lingering well into January. 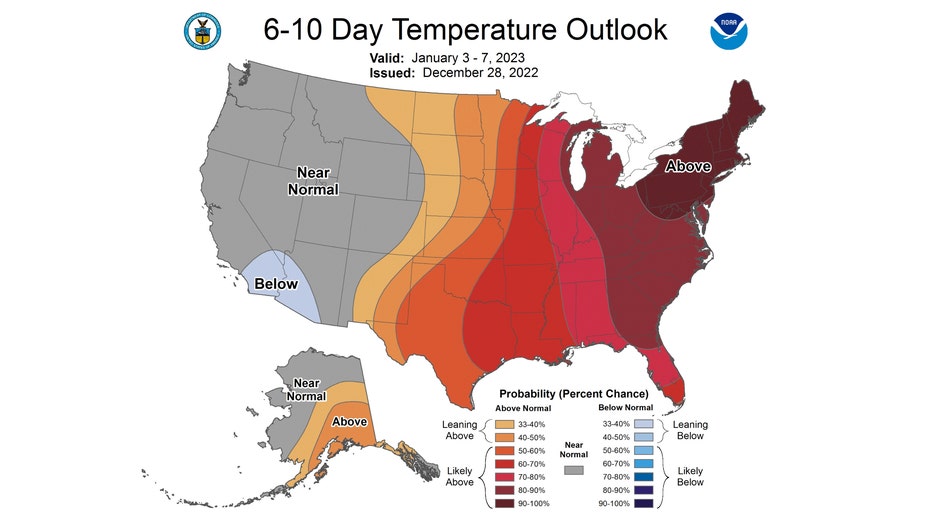 The 6-10 day temperature outlook has us forecast to be "likely above" average overall from Tuesday through the following Saturday. The probability of this mild pattern sticking around during this period is between 80 to 90 percent. 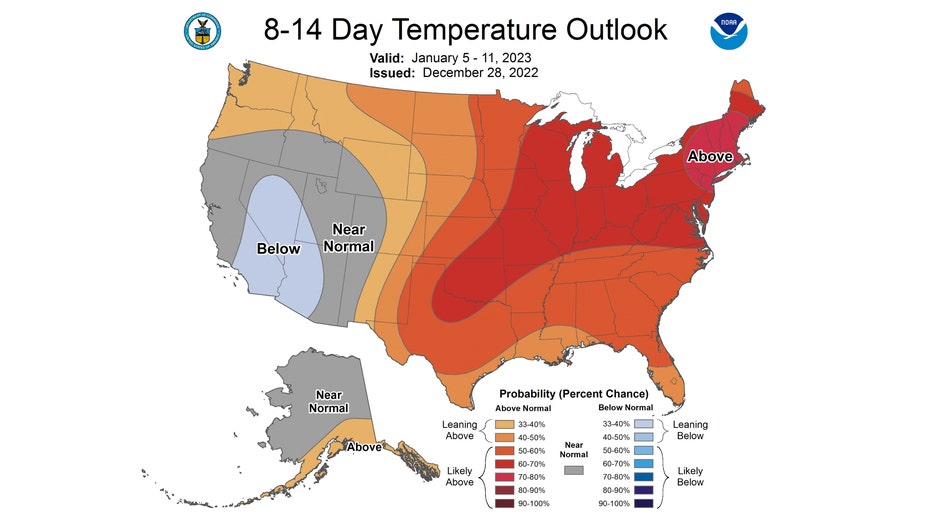 The 8-14 day temperature outlook also has us "likely above" average overall. It covers the period from next Thursday through the following Wednesday. We have a 60 to 70 percent probability of seeing this happen.