Chicago - Please don't get me wrong.  I am not complaining but we are overdue for some snow here.  While there have been five days with a trace of snow reported at O'Hare this November we officially have not received any measurable snow for the month so far.  We are down 1.5" below average for November and 1.7" below average since September 1st.

I'm watching a weekend system that could lay down some measurable snow here late Sunday into Monday.  First, some usual words of caution when it comes to forecasting snow that far out.  Snowfall forecasts nearly a week out are precarious at best.  Models have been flip-flopping between no snow to a few inches so there isn't any consensus just yet.  Still, this is the most promising system so far for some real snow.

The GFS or "American model" spits out between a couple tenths of an inch to a little over an inch of total snowfall between today and a week from today.  The vast majority of that would come late Sunday into early Monday. 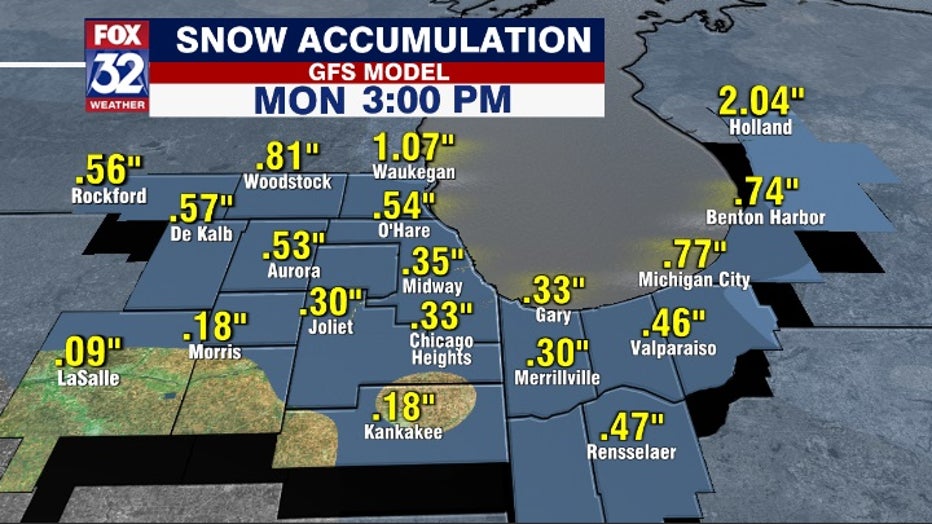 The ECMWF or "European model" spits out between a few hundredths of an inch to a nearly an inch of total snowfall between today and a week from today.  All of that would come late Sunday into early Monday. 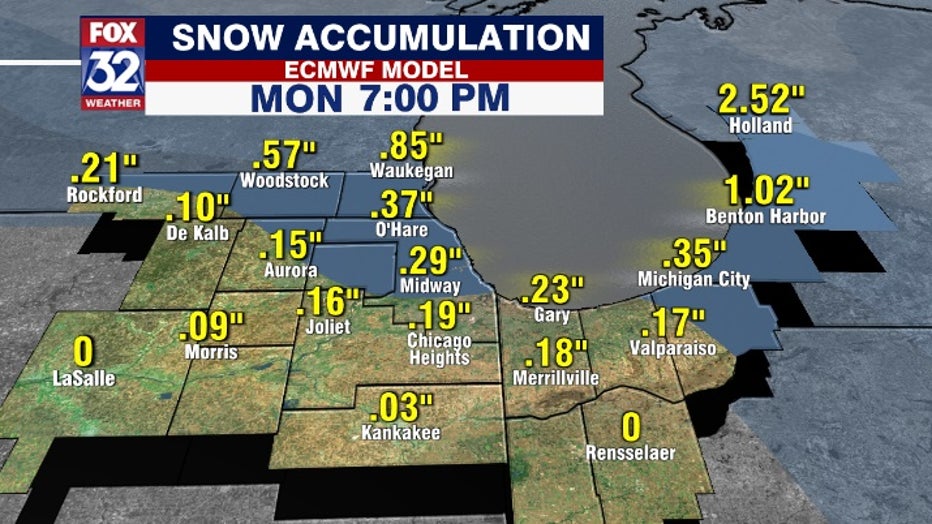 The accumulated snowfall meteogram for O'Hare considers several models.  There is a wide range of solutions for Sunday's system.  A few models suggest no snow at all while at least one squeezes out nearly four inches. 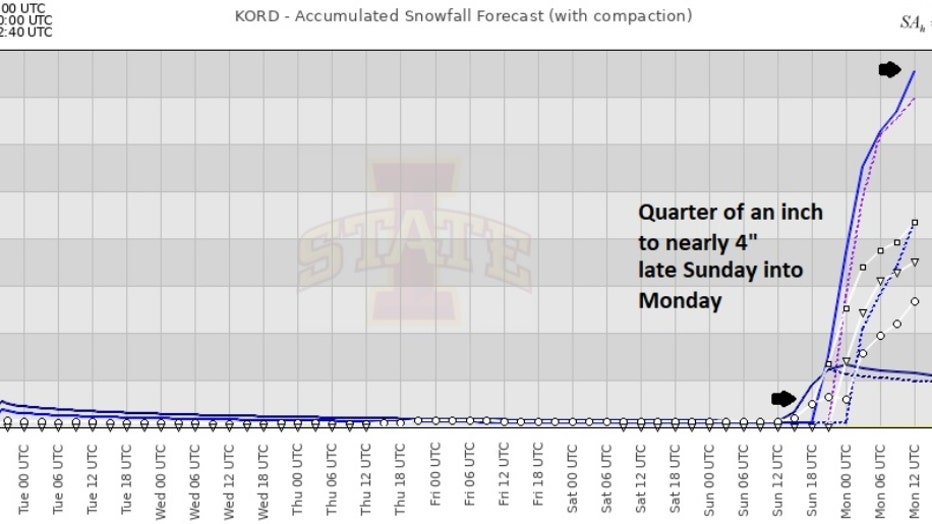 So it appears we will escape November without any measurable snow.  There is a slight chance for some snow showers today but the odds of it sticking enough to be our first measurable snow of the season are small.  While we should make it through the month relatively unscathed, there have been some big November snows in our past. 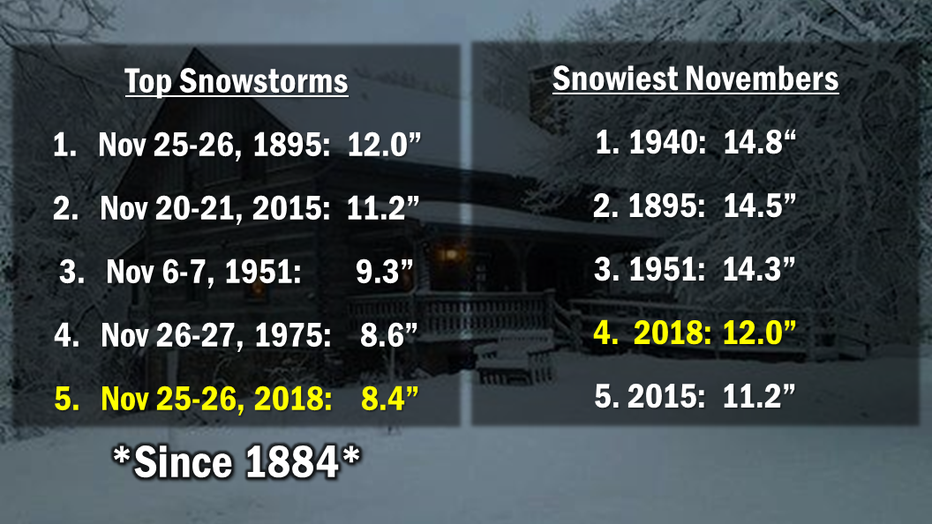 We don't have to go back that far to recall a big November snowstorm.  Just three years ago, on November 25th and 26th of 2018, we picked up over 8" of snow for the 5th biggest snowfall ever for the month of November.