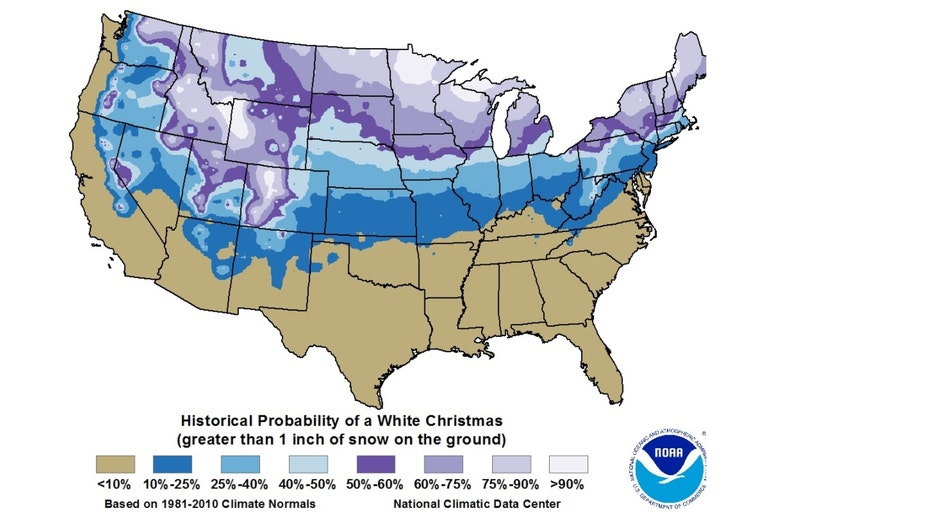 The dark gray represents places where the probability is less than 10% while the white represents probabilities greater than 90%. The Chicago area falls in the 41% to 50% probability contour. The regions with the best shot at a white Christmas include the upper Midwest, the northeast, the Sierra Nevada Mountains and the Rockies.

41% of our Christmases have been white according to Chicago's National Weather Service office. Chicago's weather statistics comprise "148 years of data, however snowfall data began in 1885, so it is composed of 135 years of data. Data collection began at the University of Chicago, then at Midway, and currently at O'Hare which is now the official station for Chicago". 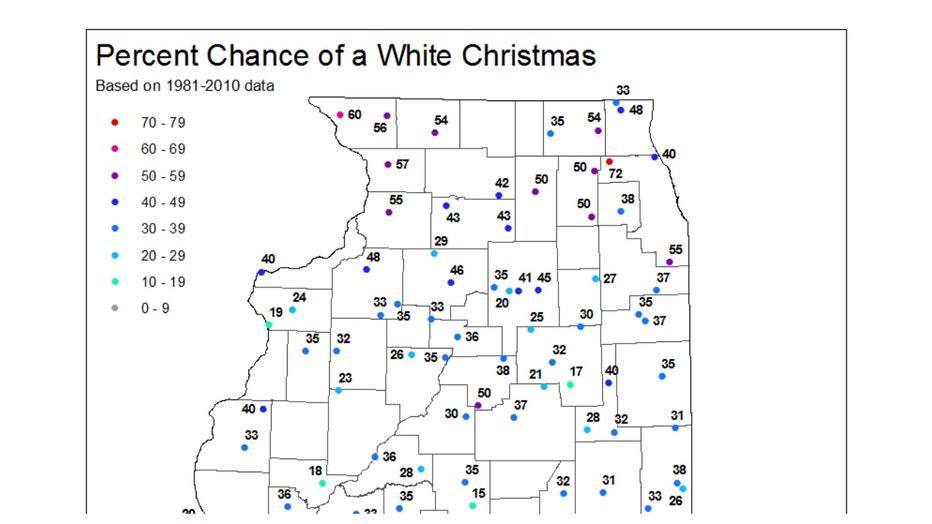 The state climatological office has produced a map that breaks down the percent chance of a white Christmas by location in Illinois. There is a range of probabilities locally with the probabilities generally increasing north and northwest of Chicago. Dr. Jim Angel warns "there can be large differences from site to site. Snowfall is notoriously difficult to measures with two nearby sites having different results due to exposure to sun and wind. In general, the odds are about 40-50 percent in the northern third of Illinois, 20-40 percent in central Illinois, and 0-20 percent in southern Illinois".

Christmas day of 1951 set the record at many sites for the most snow on the ground for the holiday. Midway had 17". Wheaton had 19" and both Peotone and Waukegan reported 21". Aurora topped the list with 31".

These numbers are all historical snow statistics. They are based on what has happened in the past and can help gauge what will happen this year.

AccuWeather's senior meteorologist John Feerick predicts "there is a slightly better than 50 percent chance of having a white Christmas" in Chicago. He cites this year's La Nina for boosting the chances of snowfall this winter.

We can go one step further and use forecast models to get a sense for what could be coming in just a few weeks and not simply rely on climatological data. This is the point of the post where I have to caution that any snowfall forecasts this far out are tricky at best.

Let's look at two computer models to get an early look at snowfall forecasts leading up to Christmas day.

I ran out the GFS or American Model through December 23rd and the total snowfall forecast suggests we would have a white Christmas if the model verifies. A big "if". It lays down about 2" to 8" of snow early Christmas week in the Chicago area. As long as we stay cold enough through that week, we would see a white Christmas based on this forecast. 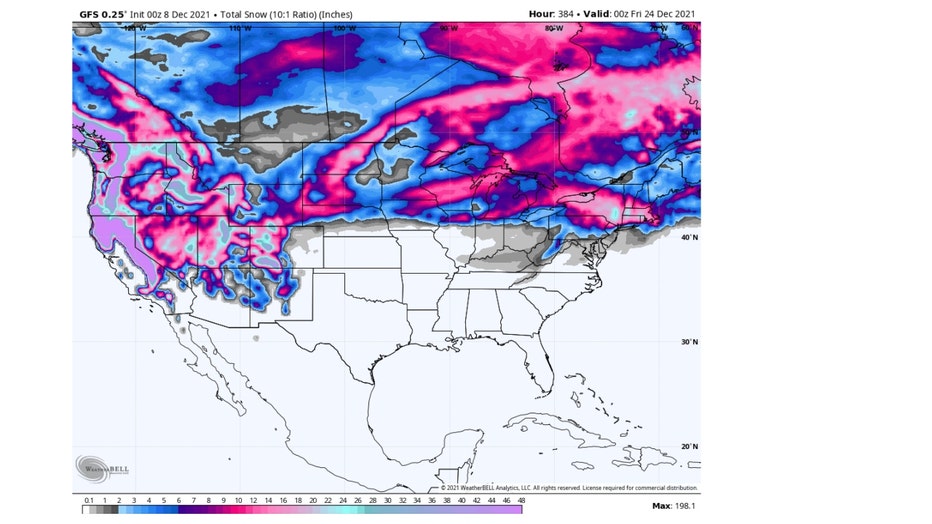 I was only able to run the ECMWF or European model total snowfall forecast through about a week from Christmas. It has less than an inch forecast today through December 17th. 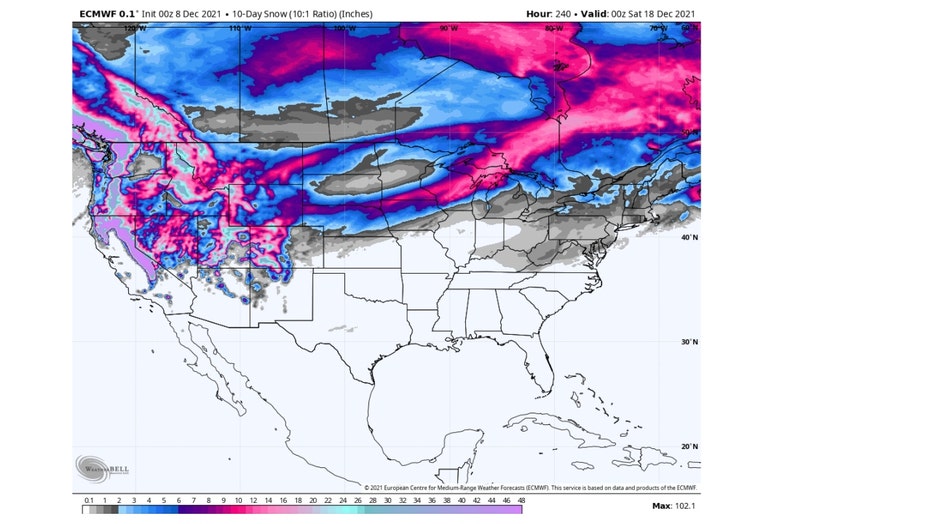 This far out it is hard to glean solid information on snowfall but it is still fun to check the long range forecasts. Most of the long range models are in agreement of a rather warm period overall (compared to average) for the period starting next Monday through December 21st. This might actually give snow lovers hope for the end of December. Some of Chicago's biggest snowstorms were preceded by unusually warm weather just prior to the arrival of heavy snow. The relatively warmer air holds more moisture that can be harnessed by the storm to squeeze out big snow totals. Stay tuned.

If you are interested in the probability of a specific location seeing a white Christmas, check out this "white Christmas calculator".