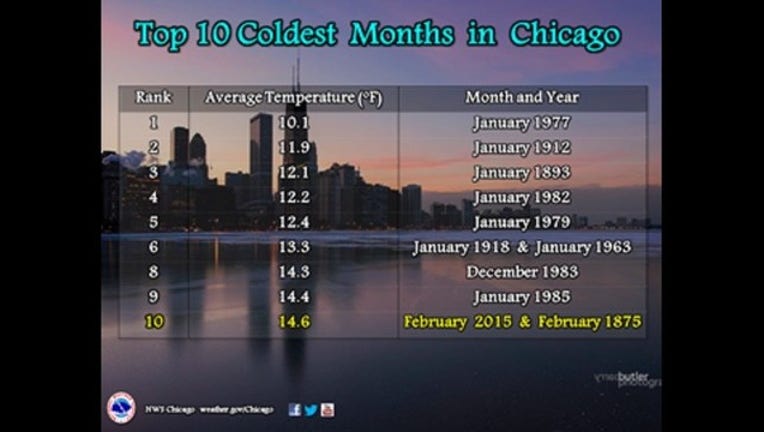 The meteorological winter of 2014-15 went down as the 20th snowiest in the history of Chicago.

The meteorological winter, however, started out snow free. December of 2014 saw no measurable snow for only the 3rd time on record.

The winter had 46 days with a snow depth of least 1 inch or greater, which is 8 days above the seasonal average of 38.

February recorded 1 inch or more of snow on the ground every day for the only the 6th time on record.

The average temperature for the December through February time frame was 22.9 inches, which is 3.5 degrees below normal.

We had 13 days below 0, which is 6 days above the seasonal average.

There were 42 days with sub-freezing high temperatures (<32), which is 6 days more than the seasonal average.

There was only 1 40+ degree day in February, which is tied for 3rd least on record in February.