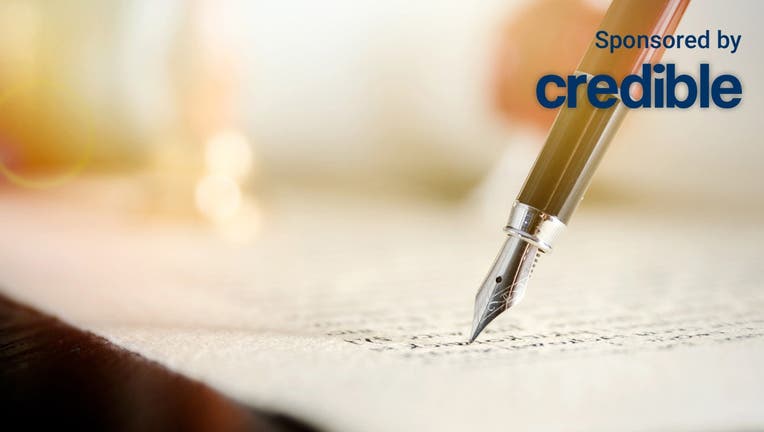 President Biden signed the Inflation Reduction Act on Tuesday, which is expected to scale back health care costs for American families. (iStock)

President Joe Biden signed the Inflation Reduction Act into law on Tuesday after it passed in Congress late last week. This new law is a trimmed-down version of the president’s $1.75 trillion Build Back Better plan.

"With this law, the American people won and the special interests lost," Biden said at the bill signing.

This act was signed into law amid historically high levels of inflation. The Consumer Price Index (CPI), a measure of inflation, increased by 8.5% annually in July, according to the Bureau of Labor Statistics (BLS).

The law will allocate $369 billion toward climate and energy policies, extend the Affordable Care Act to reduce the cost of health insurance and incorporate a 15% minimum corporate tax for companies that earn more than $1 billion per year.

"The House today passed the historic Inflation Reduction Act that will lower costs for middle-class families, close tax loopholes for the rich and big corporations, take the most significant action ever to fight the climate crisis, and create good-paying jobs," Senate Majority Leader Chuck Schumer said in a statement Friday before Biden signed the bill into law.

If you are struggling amid today’s economy, you could consider using a personal loan to help you pay down debt, lowering your interest rate and reducing your monthly payment. Visit Credible to find your personalized interest rate without affecting your credit score.

The Inflation Reduction Act will lower the cost of health care for some Americans, including those that hold a health insurance plan through the Affordable Care Act and those using Medicare.

"We’re giving Medicare the power to negotiate those prices now on some drugs," Biden said. "This means seniors are going to pay less for some prescription drugs."

The Inflation Reduction Act also includes a payment cap for Medicare users, so that the cost they’ll have to pay per year for prescription drugs will not exceed $2,000, no matter what those prescriptions are for.

"For millions of Americans, the Inflation Reduction Act will lower the cost of healthcare," NAACP President Derrick Johnson said in a statement. "Specifically, the bill will allow Americans to have more money in their pockets by lowering the cost of prescription drugs and providing subsidies that will save consumers about $800 under the Affordable Care Act.  For one out of three Medicare patients with diabetes, the high cost of insulin has finally been capped at $35 per month."

The law strips $300 billion out of Medicare by lowering the cost of drugs, which consumer groups said will be beneficial.

"The cancer of unaffordable drug prices is responsible for financial distress, worsening the health and has even killed some older Americans who don’t have enough resources to pay the price of their prescription drugs today," the group continued.

In a recent survey from the Senior Citizens League, 79% of survey participants said they support the provisions that passed in the Inflation Reduction Act.

If you are struggling with the rising cost of health care or other expenses, you could consider using a personal loan to help you pay down debt quicker at a lower interest rate, putting money back in your wallet. Visit Credible to compare multiple lenders at once and choose the one with the best interest rate for you.

BILL TO LIMIT OVERDRAFT FEES SENT TO HOUSE OF REPRESENTATIVES

In order to pass the legislation, Democrats had to negotiate with some of the more moderate members of the party, such as Sen. Joe Manchin, D-W.V., who recently agreed to vote yes.

Some of the original initiatives that were left out include universal childcare and some tax cuts for the middle class.

The act passed the Senate in a 51-50 vote on Aug. 7, with Vice President Kamala Harris casting the tie-breaking vote. It passed in the House of Representatives on Friday in a 220-207 vote. In his remarks, Biden pointed out that no Republicans voted yes to the bill.

"Let’s be clear, in this historic moment, Democrats sided with the American people and every single Republican in the Congress sided with a special interest in this vote," he said. "Every single one."

If you are struggling in today’s economy, you could lighten your monthly expenses by paying down high-interest debt at a lower rate with a personal loan. To see if this is the right option for you, contact Credible to speak to a loan expert and get all of your questions answered.