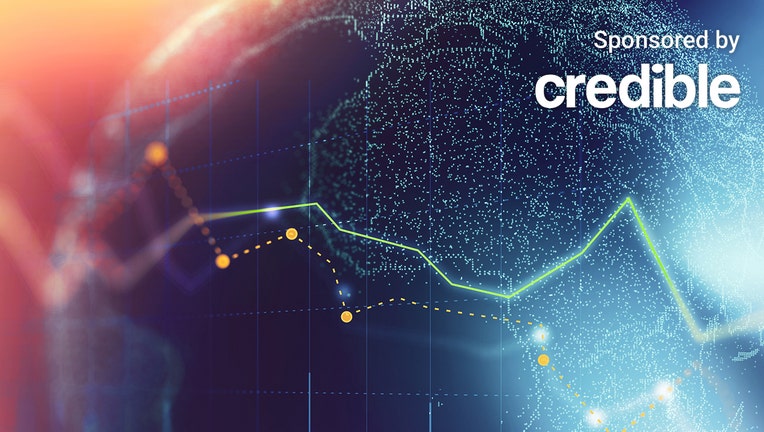 Fannie Mae lowered its GDP projections for 2022 and 2023, forecasting that there could even be an economic recession next year. (iStock)

Fannie Mae released a new economic outlook on Tuesday, lowering its GDP projections for the remainder of 2022 and 2023. This comes as the Federal Reserve is expected to continue aggressively raising interest rates through 2023, which the mortgage lender said could slow economic growth.

Amid a significant impact from current conditions such as a 40-year high inflation rate and the Russian invasion of Ukraine, the Fed’s aggressive monetary policy tightening has already strained economic output, according to the April 2022 commentary from the Fannie Mae Economic and Strategic Research (ESR) Group.

"We continue to see multiple drivers of economic growth through 2022, but the need to rein in inflation, combined with other economic indicators, such as the recent inversion of the Treasury yield curve, led us to meaningfully downgrade our expectations for economic growth in 2023," Doug Duncan, Fannie Mae senior vice president and chief economist, said.

One way to take advantage of current interest rates before they rise further is by refinancing your private student loans. You can visit Credible to find your personalized interest rate without affecting your credit score.

INFLATION HITS ANOTHER NEW 40-YEAR HIGH IN MARCH, RISING TO 8.5% ANNUALLY: WHAT IT MEANS FOR INTEREST RATES

2023 could see a minor recession

"The tight labor market and continued demand for workers, the need for firms to rebuild inventories, and the slowing of some transitory inflation impulses all suggest to us that 2022 will grow a bit faster than long-run trend growth," Duncan said. "However, as the remaining fiscal policy stimuli fade and the predicted tightening of monetary policy works its way through the economy, we expect the impact of these factors to diminish.

"Data from U.S. economic history suggest that successfully negotiating a ‘soft landing’ requires monetary tightening to be pre-emptive rather than responsive," he continued. "As such, we’ve updated our 2023 forecast to include a modest recession, but one that we do not expect to be similar in magnitude or duration to the recession of 2008."

If you want to take advantage of interest rates now, you could consider taking out a personal loan to pay down high-interest debt. Visit Credible to compare multiple lenders at once and choose the one with the best interest rate for you.

Homeownership could become too expensive for some

As the central bank continues to raise rates, mortgage rates will also rise, the ESR group stated. Mortgage rates hit 5% in April, which is their highest level in 10 years, according to data from Freddie Mac.

"We expect housing to slow over our forecast horizon, as well. Mortgage rates have ratcheted up dramatically over the past few months, and historically such large movements have ended with a housing slowdown," Duncan said. "Consequently, we expect home sales, house prices, and mortgage volumes to cool over the next two years. In particular, we expect house price growth to decelerate to a pace more consistent with income growth and interest rates.

"Households with a 3%, 30-year, fixed-rate mortgage are unlikely to give that up in favor of a mortgage closer to 5%, and we expect this so-called ‘lock-in’ effect to weigh on home sales," he said. "Moreover, if mortgage rates remain relatively elevated, we expect the added affordability constraint to price out some would-be first-time homebuyers and contribute to the slowing of demand."

If you want to see if refinancing your mortgage is right for you, you can contact Credible to speak to a mortgage expert and get all of your questions answered.