1 dead, 1 hurt in Dan Ryan crash that threw them onto Red Line tracks

CHICAGO - One person was killed and another was seriously injured in a motorcycle crash Friday on the Dan Ryan Expressway on the South Side.

The motorcycle hit the concrete median about 1 a.m. on the southbound express lanes of I-94 near 47th Street, according to Illinois State Police. Two people were thrown from the bike and landed on the adjacent CTA Red Line tracks.

A female was dead at the scene, while a male was taken to the University of Chicago Medical Center in serious condition, state police said.

A body could be seen covered with a sheet on the tracks near the 47th Street station as authorities investigated. 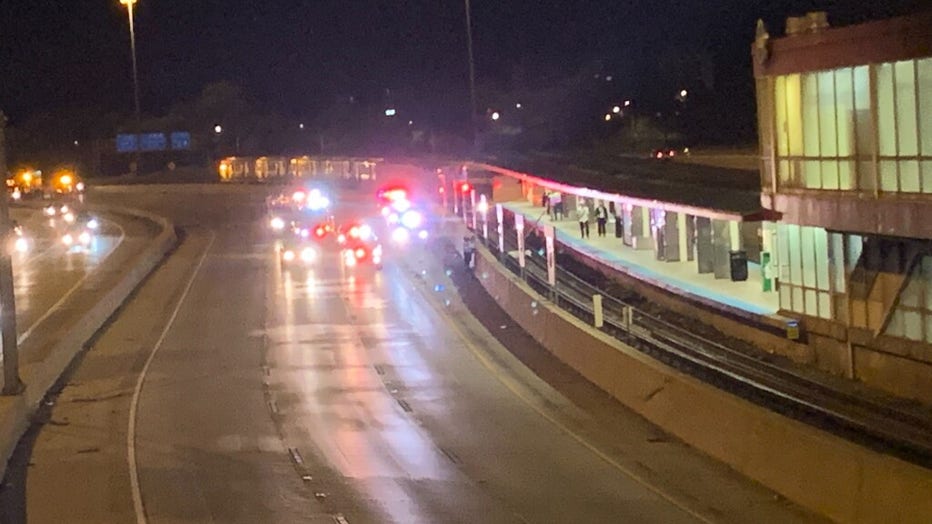 One person was killed and another was seriously injured when they were thrown onto the CTA Red Line tracks near 47th Street after a crash Sept. 4, 2020, on the Dan Ryan Expressway. | Sam Kelly/Sun-Times

Service on the Red Line was suspended between 35th and 63rd, according to service alerts from the CTA. Service resumed by 7:30 a.m., but trains are still bypassing the 47th Street station.

The southbound express lanes of I-94 were closed for several hours near 47th as troopers investigated, state police said. They reopened shortly before 7:30 a.m.