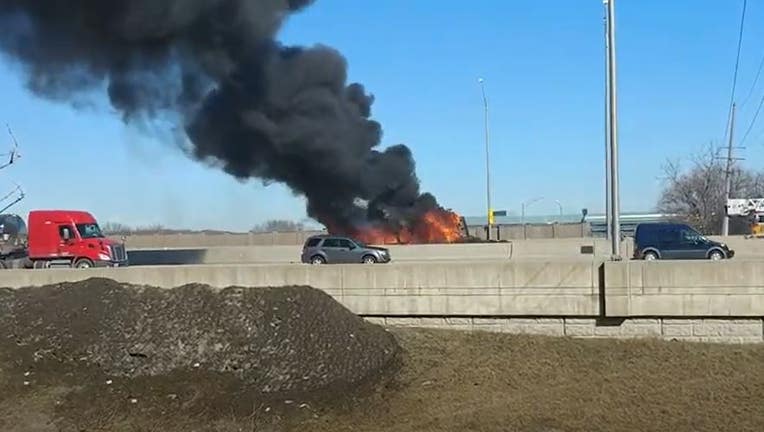 NAPERVILLE, Ill. - A person was killed in a fiery crash Thursday morning on Interstate 88.

About 10 a.m., a semi truck slammed into a 2011 Ford Expedition that had broken down in a lane of traffic near Naperville Road, according to Illinois State Police spokeswoman Gabriela Ugarte.

A passenger in the Ford died at the scene after both vehicles became engulfed in flames, Ugarte said.

Both drivers escaped from the vehicles by themselves and were taken with minor injuries to Good Samaritan Hospital in Downers Grove, Lisle-Woodridge Fire District Deputy Chief Steve Dumas said in a statement.

All lanes of the Ronald Regan Memorial Tollway were reopened about 3:30 p.m., Ugarte said.

The identify of the fatality has not been released, and charges are pending an investigation, Ugarte said.