Chicago police investigate the scene where multiple people were shot, Thursday night, in the 3200 block of North Broadway, in the Lake View neighborhood. The shooting took place in the 2500 block of North Lake Shore Drive. | Tyler LaRiviere/Sun-Times

CHICAGO (Sun-Times Media Wire) - Four people were wounded — one fatally — in a shooting Thursday on Lake Shore Drive on the North Side near Lincoln Park.

Just before midnight, the four were northbound in a Honda Odyssey in the 2500 block of North Lake Shore Drive when a vehicle drove alongside and someone inside unleashed gunfire, Chicago police said.

The people in the vehicle drove off and the group in the Honda exited on Belmont, police said. They came to a stop in the 3200 block of North Broadway in Lake View.

Authorities were called to a Walgreens parking lot where they found the car riddled with bullets on the driver’s side.

A 20-year-old man was hit in the chest and pronounced dead on the scene, police said. He was identified as Michael Medina of Back of the Yards on the South Side, the Cook County medical examiner’s office said.

The fourth man, 22, was hit in the chest and face, police said. He was taken to Northwestern Memorial Hospital in critical condition.

No arrests have been made as Area North detectives are investigating.

Last month, a woman was shot in the hand northbound on North Lake Shore Drive near Maggie Daley Park. 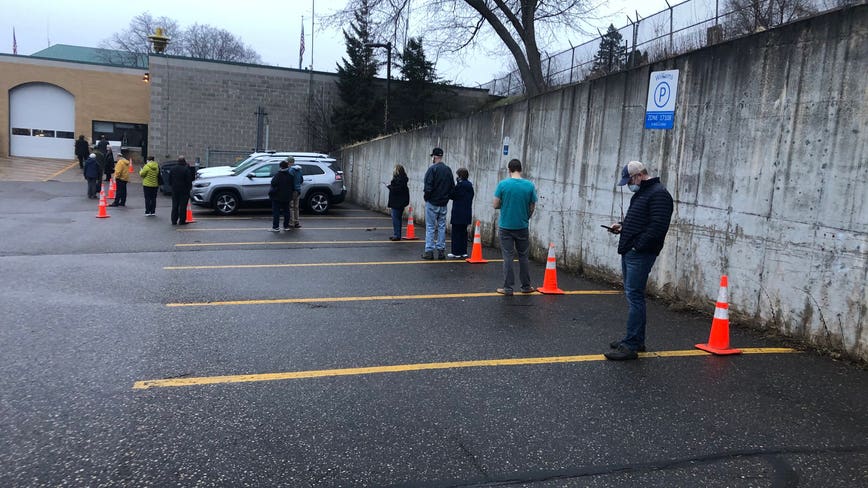