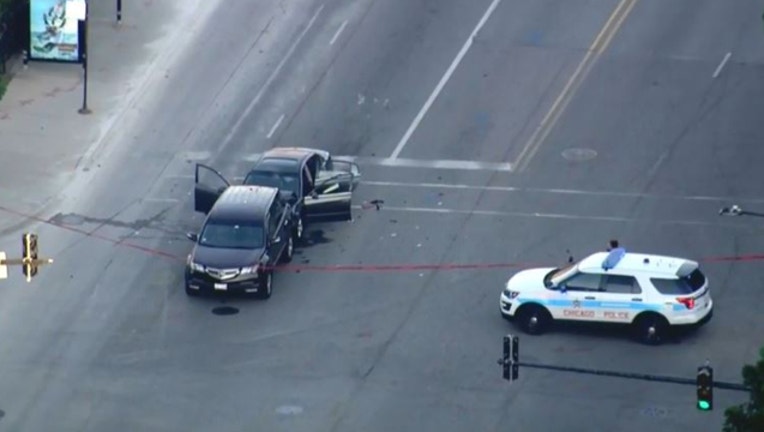 CHICAGO (SUN TIMES MEDIA WIRE) - A person was killed in a crash early Monday in the Lincoln Park neighborhood on the North Side.

A male, whose age was unknown, was fatally injured when a Nissan Altima he was driving crashed into the rear of another car at 3:33 a.m. in the 600 block of West North Avenue, according to Chicago Police.

The Altima struck the back of a 2008 Acura driven by a 32-year-old man that was stopped at a stop light, pushing it into the intersection, police said.

The 32-year-old was not injured and refused medical treatment on the scene.

The driver of the Altima was taken to Illinois Masonic Medical Center with head trauma and was pronounced dead, police said.

The Cook County Medical Examiner’s Office had not confirmed the death.

North Avenue was closed Monday morning from Larrabee west to Vine Street in both directions. Both drivers were traveling eastbound at the time of the crash, police said.