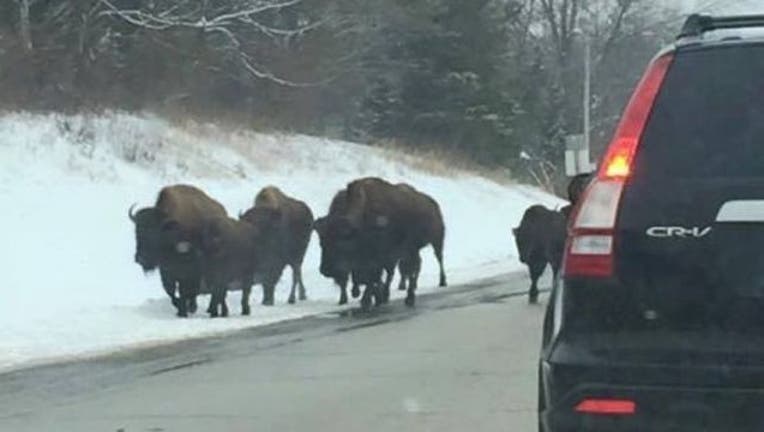 Bison on the loose after escape from Wisconsin farm. (Brittany Burmeister)

(FoxNews.com) - Ten bison that escaped from a Wisconsin farm were shot and killed Saturday after roaming loose for more than six hours.

The owner of the farm in the Town of Paris told Fox6 News he had no choice.

“I was sorry I had to kill those, but I didn’t want anybody to get hurt,” Tom Pierson told the station.

He told police 17 of them got loose around 8 a.m. Saturday. Seven were corralled and returned to the farm.