CHICAGO - Ten people were shot Thursday in Chicago, eight of them in the span of just over two hours Thursday evening.

The day’s latest reported shooting left a man wounded in the Heart of Chicago neighborhood on the South Side.

Someone in a black Chevrolet Trailblazer shot at the 19-year-old about 10:15 p.m. as he drove in the 2300 block of South Blue Island Avenue, Chicago police said. He was struck in the back and taken to Mt. Sinai Hospital in fair condition.

Earlier in the evening, another man was shot in East Garfield Park

Someone in a vehicle shot the 24-year-old about 9:55 p.m. as he walked in the 3900 block of West Jackson Boulevard, Chicago police said. He was taken to Mt. Sinai Hospital with a gunshot wound to the leg, and was in fair condition.

Ten minutes before that, a man was shot on the Near West Side.

The man, 18, was shot twice in the leg about 9:45 p.m. as he walked in the 1500 block of West Ogden Avenue, Chicago police said. A friend drove the man to Stroger Hospital in good condition.

Two people were shot about 15 minutes earlier in Douglas.

They were standing outside about 9:30 p.m. in the 2700 block of South State Street when someone fired shots at them, Chicago police said.

A 22-year-old was struck in the back, abdomen and leg, police said. He was taken to Northwestern Memorial Hospital in critical condition. The other man, also 22, was shot in the leg and taken to the University of Chicago Medical Center in fair condition

A person of interest is being questioned by detectives, police said.

About half an hour prior, another man was shot on the Near West Side.

The 45-year-old was in a park about 9 p.m. in the 200 block of South Maplewood Avenue when he was shot in the abdomen, Chicago police said. The man was taken to Stroger Hospital in critical condition. 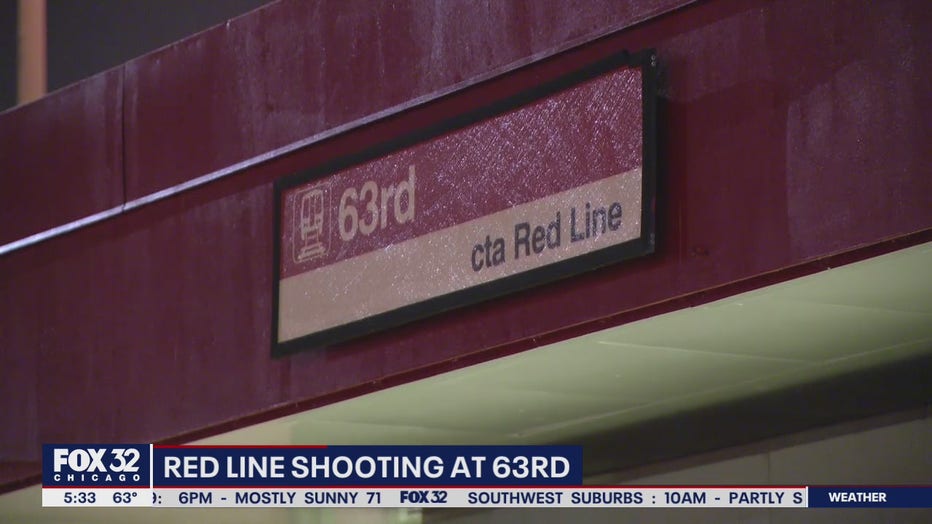 Two people were wounded in separate shootings an hour earlier, including one man who was critically wounded at the 63rd Street Red Line station in Englewood.

The 25-year-old was on the platform about 8:16 p.m. when someone fired shots at him, striking him in the abdomen, Chicago police said. The gunman boarded a southbound train after the shooting, and the man was taken to the University of Chicago Medical Center in critical condition.

At the same time, a man was wounded in a shooting in Hyde Park.

Someone shot the 33-year-old in the shoulder and hand about 8 p.m. in the 5300 block of South Lake Park Avenue, Chicago police said. He was taken to the University of Chicago Medical Center in good condition.

Just after midnight in Humboldt Park, the men, 33 and 50, were outside in the 2900 block of West Walton Street when someone in a passing red car fired shots in their direction, Chicago police said.

On Wednesday, 13 people were shot, three of them fatally, in Chicago.