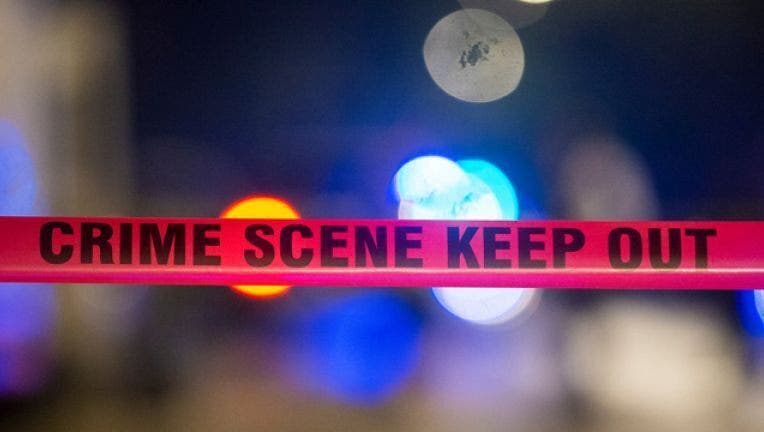 CHICAGO - Thirteen people were shot, three of them fatally, Wednesday in Chicago.

One woman was killed and another was wounded in South Shore in the day’s latest fatal attack.

About 8:50 p.m., they were in the 7800 block of South Cornell Avenue when they heard shots and felt pain, Chicago police said.

A 28-year-old was struck in the head and taken to the University of Chicago Medical Center, where she died, police said. The other woman, 35, was shot in the foot and refused medical treatment, police said.

Wednesday afternoon, a man was killed in Lawndale on the West Side.

Multiple people approached the 55-year-old about 3:08 p.m. in the 1200 block of South Kolin Avenue and fired shots at him, Chicago police said.

The man was struck in the head and taken to Mount Sinai Hospital, where he was pronounced dead about 3:45 p.m., according to police and the Cook County medical examiner’s office.

The day’s first fatal shooting left a man dead and a woman injured in Logan Square on the Northwest Side.

Jeremiah Neves, 22, and the 39-year-old woman were walking down the sidewalk at 10:36 a.m. in the 2500 block of North Maplewood Avenue when a male walked up, spoke to them briefly and opened fire, officials said. The shooter then got into a nearby vehicle and fled.

In non-fatal shootings, two people were wounded in a drive-by in Woodlawn on the South Side.

About 7 p.m., a dark sedan drove down the 6600 block of South Evans Avenue and fired shots, police said.

A 31-year-old woman was shot in the hand and ankle, and taken to the University of Chicago Medical Center, police said. A 32-year-old man showed up at the same hospital with gunshot wounds to his hand and leg. Both were in good condition.

Just minutes before the 55-year-old man was gunned down in Lawndale, another man was critically wounded in a shooting in West Garfield Park.

The 28-year-old was driving about 3:10 p.m. in the 400 block of South Keeler Avenue when he was shot in the face, according to police. He then crashed the vehicle into a fence, and was taken to Stroger Hospital in critical condition.

Less than 10 minutes prior, a man was wounded in a shooting in the South Loop.

The 30-year-old man was seated in a Jeep in the 800 block of South Wabash Avenue when another car pulled up and the occupants started arguing between cars, police said.

Someone in the car took out a gun and fired shots about 3 p.m., striking the man in his shoulder, police said. The 30-year-old was Northwestern Memorial Hospital, where he was listed in good condition.

Two more men were shot earlier in the afternoon in East Garfield Park.

They were in a vehicle about 1:25 p.m. in the 3400 block of West Lake Street when someone fired shots, police said.

A 22-year-old was shot in the hand and the same bullet grazed the other man, 32, in the finger, police said. Both were in good condition at Mount Sinai Hospital.

Wednesday morning, a man was injured in a shooting in Austin on the West Side.

The 19-year-old was standing outside about 8:55 a.m. in the 1400 block of North Linder Avenue when someone fired shots from an orange vehicle, according to police. He was hit in the right thigh and taken to Loyola University Medical Center in Maywood in good condition.

The day’s first reported shooting wounded a 35-year-old man in Roseland on the Far South Side.

About 2:30 a.m., he was walking in the 300 block of East 113th Street when someone approached and fired shots, police said. He was taken to Roseland Hospital in good condition with a gunshot wound to his right hand.

Fifteen people were shot, two of them fatally, Tuesday in Chicago.