CHICAGO - At least 10 people were wounded in shootings across Chicago on Thursday, including a 14-year-old boy who was grazed by a bullet in Humboldt Park on the West Side.

He was walking with a friend about 4 p.m. in the 3800 block of West Chicago Avenue when he saw two men fighting, Chicago police said. The boy heard two shots and realized he had been grazed in the leg.

He was taken to Rush University Medical Center where he is in good condition, police said.

Less than an hour earlier, two men, 19 and 22, were shot a few blocks away in Humboldt Park.

About 3:17 p.m., they were standing in the 3300 block of West Le Moyne Street when someone in a vehicle unleashed gunfire, police said. Both men were struck in the leg and taken to Norwegian American Hospital. Their conditions were stabilized.

Hours later, three men were wounded in a shooting in Englewood on the South Side.

They were in an alley about 8:43 p.m. in the 6700 block of South Winchester Avenue when a dark-colored two-door vehicle drove up, stopped and someone inside opened fire in the direction of the trio, police said. The vehicle drove off after the shots were fired.

Around 9 p.m., officers found a man unresponsive with multiple gunshot wounds in Homan Square on the West Side, police said. They responded to a ShotSpotter alert in the 3700 block of West Flournoy Street and found the 26-year-old on the sidewalk. He was taken to Mount Sinai Hospital in critical condition.

Less than an hour later, a woman was shot in Garfield Park on the West Side.

The 19-year-old was getting out of a car around 9:45 p.m. in the 3100 block of West Madison Street when she saw a male on foot firing shots, police said. She was hit twice in the leg but was able to take herself to Mount Sinai Hospital where her condition was stabilized. 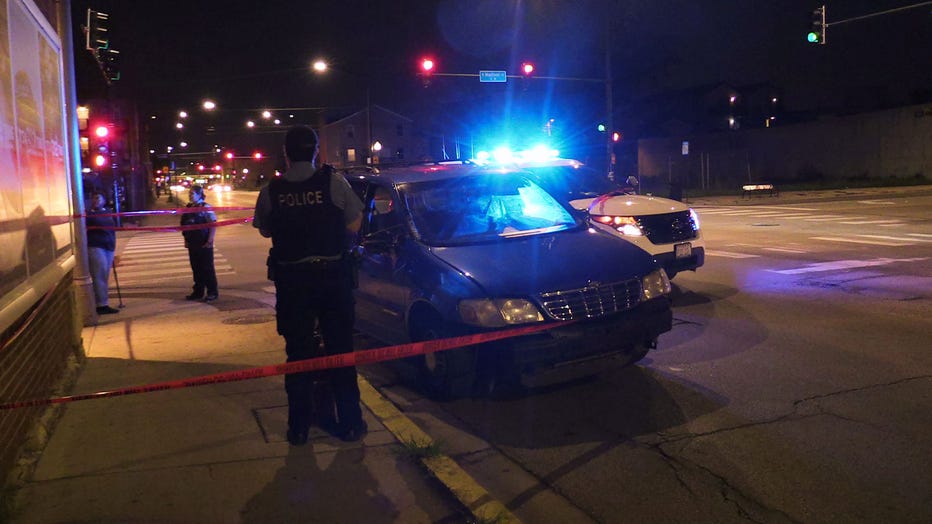 Minutes later, a man was wounded by gunfire in Back of the Yards on the South Side.

He was sitting outside about 9:49 p.m. in the 5200 block of South Wood Street when he was shot four times in the leg and once in the groin, police said. The 37-year-old was taken to the University of Chicago Medical Center where his condition was stabilized.

Thursday’s earliest shooting was reported in Heart of Chicago on the Southwest Side.

About 2:12 p.m., a 23-year-old man was walking east in the 1800 block of West 21st Place when he heard shots and felt pain, police said. He was hit in the leg, and was taken to Stroger Hospital where his condition was stabilized.

A person was killed, and four others wounded in citywide gun violence on Wednesday.