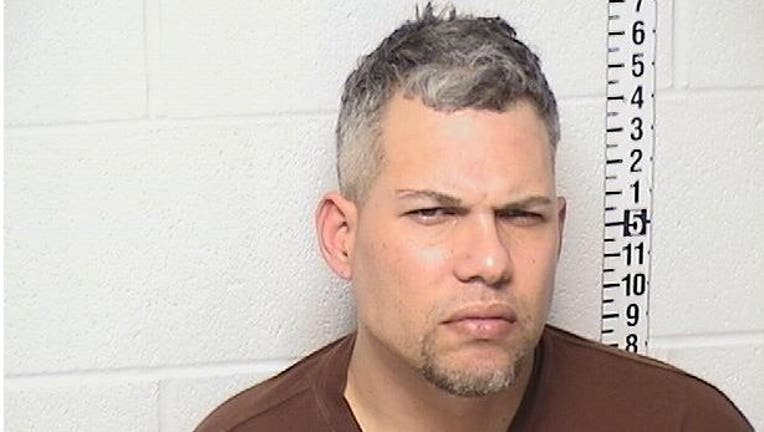 LAKE COUNTY, Ill. - A Beach Park man was charged with attacking his ex-girlfriend and threatening to kill her using a pair of scissors in the northern suburb.

Joe D. Fontanez-Marrero broke into his ex-girlfriend’s home about 7:45 p.m. Sunday and attacked the 40-year-old woman, according to a statement from the Lake County sheriff’s office.

Fontanez-Marrero, 42, allegedly threatened to kill the woman while he punched, kicked and choked her, the sheriff’s office said.

He allegedly broke a pair of scissors in half to use as a knife, which he held against the woman’s abdomen as he again threatened to kill her, the sheriff’s office said.

He also allegedly smashed her phone so she could not call for help. But the woman had already notified her daughter, who called 911, the sheriff’s office said.

Officers arrested Fontanez when he allegedly tried to escape from the home.

The woman had bruises and a cut but refused to go to a hospital.

He was ordered held at Lake County jail on a $100,000 bail, according to county records.