CHICAGO - Eleven people were shot Wednesday in Chicago, including three who were killed outside a Garfield Park store on the West Side.

They were standing on a sidewalk in front of the store about 2:48 p.m. in the 4200 block of West Madison Street when someone in a white sedan opened fire, according to Chicago police and fire officials.

Three men, ages 19, 22 and 23, were struck and taken to Mt. Sinai Hospital, where they died, police and the Cook County medical examiner’s office said. Their names have not been released.

A fourth man, 25, was taken to a hospital for treatment, police said. His condition was stabilized.

Sybil Mason, a 56-year-old woman who lives a block from the shooting, said she heard the conflict arose when two men asked another man if the store sold cigarettes. When he said they sold cigarettes across the street, the two men opened fire on him.

No arrests have been reported. Area North detectives are investigating.

Late Wednesday morning, a woman was shot by a man on a bicycle in what police believe was a targeted attack in the Fulton River District. 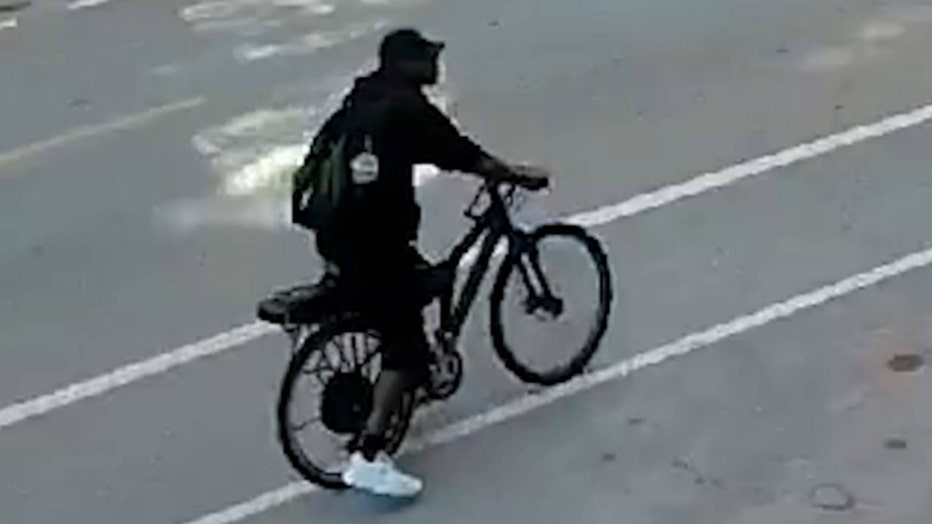 The woman, 29, was on a sidewalk with two acquaintances when a male rode up on a bike and fired a single shot without stopping or saying a word, Chicago Police Supt. Eddie Johnson said in a news conference.

Officers responded to a call of a person down and bleeding about 11:50 a.m. and found the woman with a gunshot wound to the back in the 200 block of North Milwaukee Avenue, police said.

She was rushed to Northwestern Memorial Hospital, where her condition was stabilized, police said. The woman was undergoing surgery and is expected to survive, Johnson said. 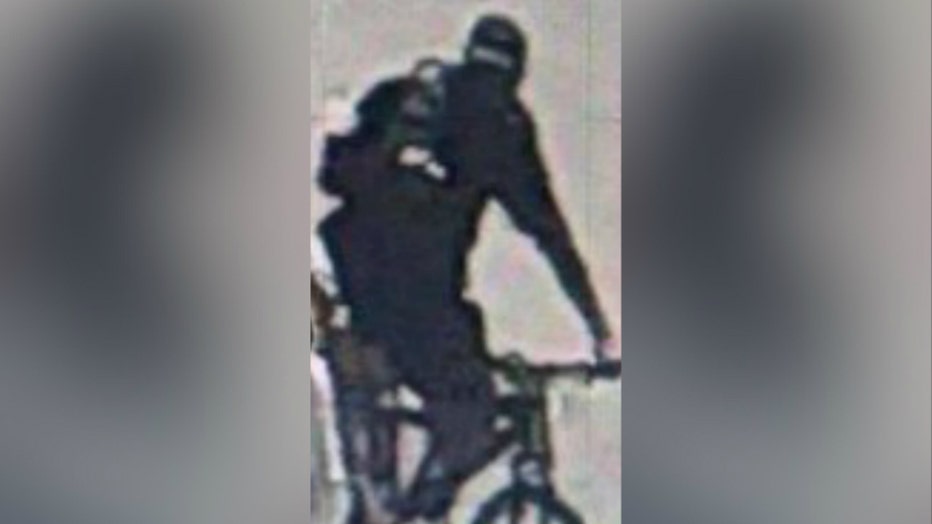 Still from a surveillance video showing the suspect in a shooting Sept. 18, 2019, in the 200 block of North MIlwaukee Avenue. | Chicago police

The day’s latest shooting happened on the Near West Side.

A 22-year-old man was sitting in the back seat of a vehicle about 7:10 p.m. in the 2100 block of West Jackson Boulevard when he heard gunfire and felt pain, Chicago police said. The man was hit in the head and taken to Stroger Hospital where his condition was stabilized.

A person of interest is being questioned, police said. Area Central detectives are investigating.

About half an hour earlier, one man was shot and another stabbed after an argument escalated in West Pullman on the Far South Side.

The men, 27 and 28, were involved in a verbal altercation about 6:38 p.m. in the 11900 block of South LaSalle Street, Chicago police said. The younger man shot the other in the abdomen after the altercation escalated.

The alleged shooter was stabbed in the face, police said. Both men were taken to Christ Medical Center in Oak Lawn where their conditions were stabilized.

The 27-year-old was taken into custody. Area South detectives are investigating.

The first shooting of the day wounded a 26-year-old man in Lawndale on the West Side.

Two gunmen approached the man and started shooting at him at 7:52 a.m. in the 1800 block of South Karlov Avenue, according to Chicago police.

The suspects fired 10 rounds and the man was hit in the leg, police said. He was taken to Stroger Hospital, where he was stabilized.

Police said the victim is being uncooperative with investigators. No one is in custody as Area Central detectives continue to investigate.

The day’s other non-fatal shooting victims include: