The White Sox were born in 1901, and six years later came CP Crawford.

On Thursday, the Sox honored Crawford who at 112 years of age is certainly their longest and oldest fan.

When you’re 112 years old, you have to arrive in style -- a stretch limo delivered Crawford to Guaranteed Rate Field as the White Sox paid tribute to a very special fan.

"The White Sox is my favorite team,” Crawford said.

He was born in Jackson, Mississippi in 1907 when the "Hitless Wonder" White Sox were the defending world champions, beating the Cubs in the World Series. He moved to Chicago in 1925 and worked for the railroad for decades, living on the South Side.

Now, Crawford lives in a Lansing nursing home where at his 112th birthday party, he told community activist Andrew Holmes he'd like one more visit to the ballpark.

"I said 'I promise I’m gonna get you to a White Sox game.' And here we are,” Holmes said. 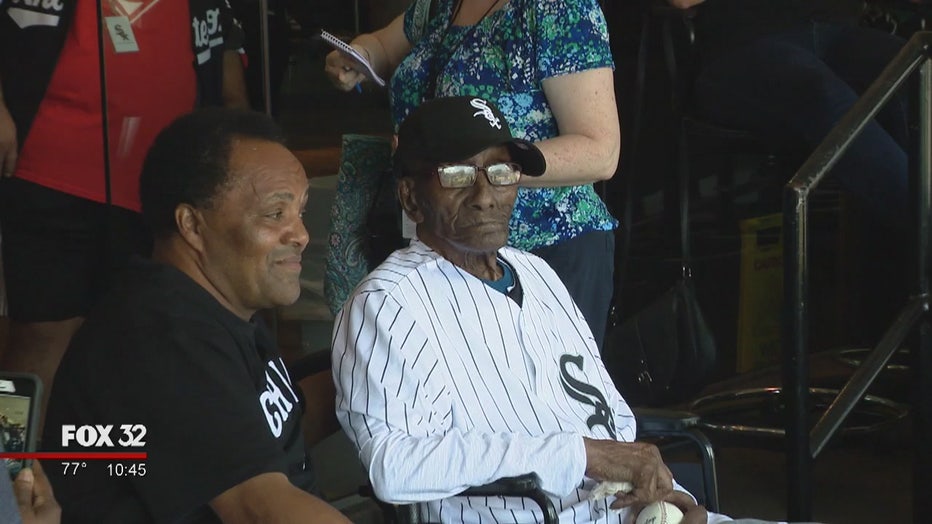 Now, according to Wikipedia, at 112 years and 18 days, Crawford is the oldest living man in the United States and the third oldest man in the world.

"When we read the article in the newspaper and it said 112 year old White Sox fan, and he was wearing something White Sox, we knew we had to do something,” said Brooks Boyer of the Chicago White Sox organization.

The White Sox treated Crawford to lunch in a skybox suite -- a primo seat for the game and he got a tribute on the video board.

He also got to meet Sox hall of famer Harold Baines who gave him a personalized Sox jersey -- number 112 of course.

As for Crawford's opinion of the Cubs: "Well they good, but I always thought the white sox were a bit better."

And as for Crawford’s secret to longevity: “Just treat everybody right” and “mind your own business.”