HAZEL CREST, Ill. - Prosecutors and police released conflicting statements Tuesday about whether there will be any charges in the fatal weekend shooting of a 12-year-girl in south suburban Hazel Crest.

After days of silence on the shooting, Police Chief Mitchell Davis issued a statement Tuesday morning calling the death of Erica Gibson a "tragic accident" involving children playing with a gun.

"A legal review by the Cook County state’s attorney’s office determined no criminal charges will be filed against the juvenile involved," Davis said. "The investigation shows this to be another case of young people having access to an unsecured weapon in a home that had a tragic accident."

But less than three hours later, a spokesperson for the Cook County state’s attorney office said the details of the shooting had not been "formally presented" to the office on whether charges should be filed.

"We are currently reviewing the case to determine if the evidence supports any charges," the statement said. "We cannot further comment on an ongoing investigation."

The office would not elaborate and there was no further comment from the police chief.

Officers responded to a call of a reported gunshot victim in the 17600 block of Arlington Lane in Hazel Crest around 10 p.m. Saturday, according to police.

Erica, who was from the Gresham neighborhood in Chicago, had been shot in the head and was taken to South Suburban Hospital, where she was pronounced dead at 10:53 p.m., police said.

An autopsy ruled her death a homicide, according to the medical examiner’s office. 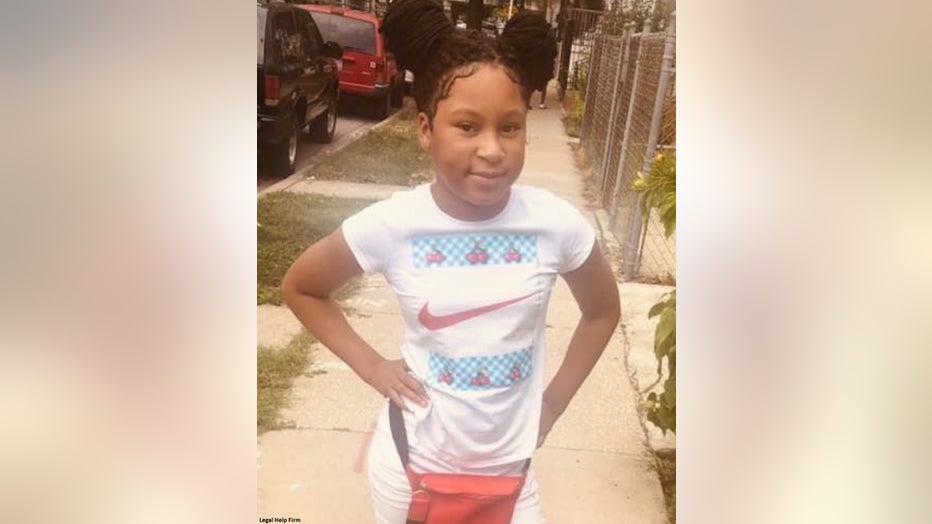 Erica had a passion for dancing. Prior to being a lead dancer on the Lil’ Ladies of Virtue junior team, she was the captain of the peewee squad for four years, according to her coach Kamile Beal.

"Watching her dance brought excitement, I screamed her name and cheered her on," Beal wrote in a message to the Chicago Sun-Times.

Beal described Erica as "silly" and "goofy" and said she was always laughing and joking with those around her.

"She will always be remembered for her excellent dance, energy and face," Beal said. "She was so cheerful."

This is at least the second accidental shooting by a minor in the last week.

A 12-year-old boy was critically wounded Thursday night on the South Side when he was accidentally shot by another child.

The boy was hit in the chest inside a home in the 3500 block of South Rhodes shortly before 7 p.m., Chicago police said. He was taken to Comer Children’s Hospital in critical condition, according to police and fire officials.