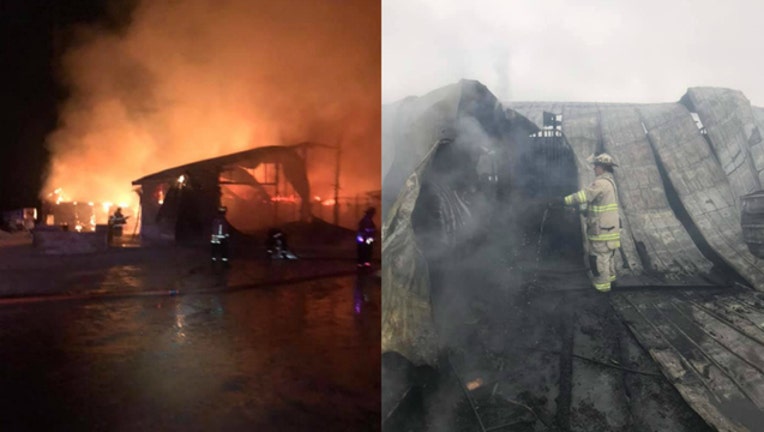 Firefighters responded about 4 a.m. to a horse stable near a riding arena in a rural area of Green Garden Township, according to Bruce Boyle, Deputy Chief of the Peotone Fire Protection District.

The blaze was upgraded to a 2nd alarm, and about 10 fire engines from neighboring districts were called to the scene, Boyle said.

One firefighter was injured at the fire, Boyle said. They were taken to Olympia Fields, where their condition was stabilized. The nature of the injury wasn’t released. No other injuries were reported

It was extinguished by 10 a.m., Boyle said. An investigation into the cause of the fire was ongoing.