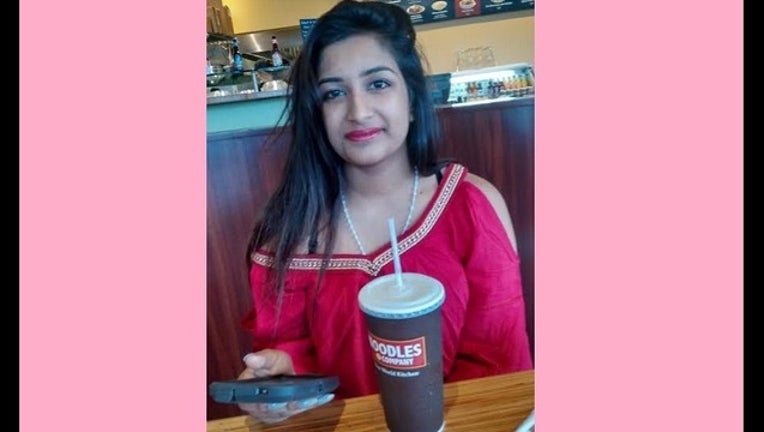 Kalyani Sudhir left her home Aug. 18, boarded a train in Crystal Lake a short time later and was seen about 6 p.m. that day at Ogilvie Transportation Center, according to a statement from Crystal Lake police.

She is 5-foot-1, weighs about 125 pounds and has black hair and brown eyes, police said.

She may be in the company of a 28-year-old man named Nithin Nainwal, according to police. He may be in possession of a black 2008 Hyundai with in Illinois registration of V596324.

Anyone with information about Sudhir or Nainwal’s whereabouts is asked to contact the Crystal Lake Police Department at (815) 356-3620. Tips can also be texted anonymously to 847411 with “TIPCLPD” within the text.