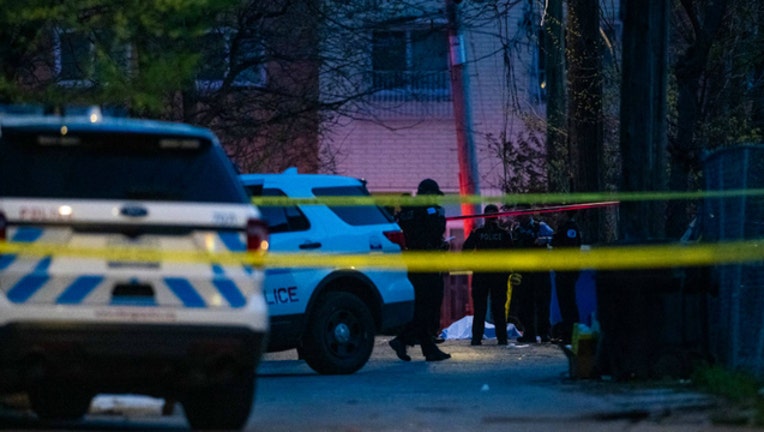 Chicago Police investigate the scene where a man was shot and killed, Sunday morning, in the 1200 block of South Komensky, in the Lawnday neighborhood. | Tyler LaRiviere/Sun-Times

An 18-year-old man was fatally shot Sunday in Lawndale on the West Side.

He was found in an alley with a gunshot wound to his head about 4:53 a.m. in the 1200 block of South Komensky Avenue, Chicago police said. The man was pronounced dead at the scene.

He was later identified as Kedar Orlando Caston, of south suburban Matteson, according to the Cook County medical examiner’s office.