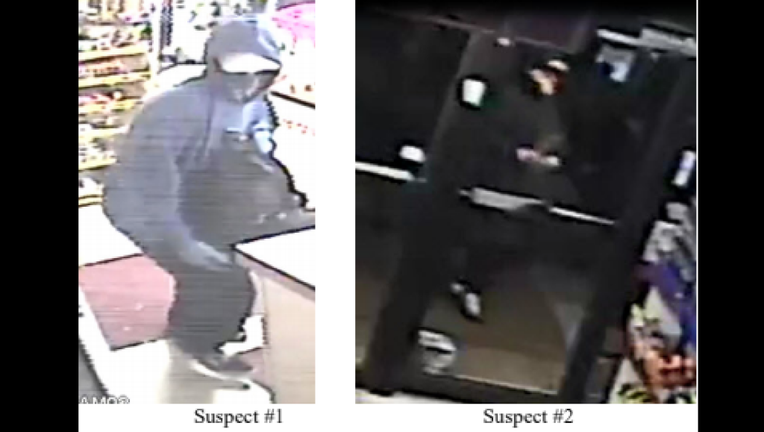 Surveillance photos of the two people thought to be involved in a Dec. 1 burglary of a convenience store in west suburban Naperville. | Naperville police

NAPERVILLE, Ill. - Naperville Crime Stoppers is offering a $1,000 reward for information leading to the arrest of individuals involved in a Dec. 1 burglary of a convenience store in the west suburban city.

About 6 a.m., two people smashed the front window of the Corner Pantry, 1801 Wehrli Rd., entered and fled with property from therein, according to Naperville police.

One of which person may have been injured while committing the crime, officials said.

Anyone with information is asked to contact Crime Stoppers at 630-420-6006. Callers may remain anonymous.