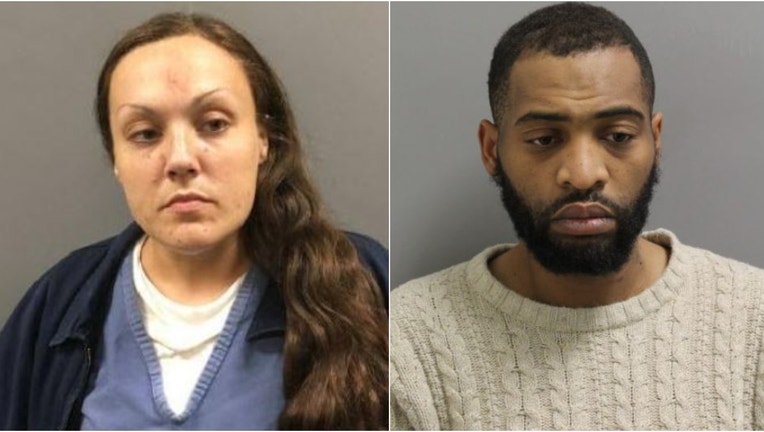 ORLAND PARK, Ill. - A man and woman were arrested for allegedly fleeing and evading police Monday in suburban Orland Park.

About 6 p.m. officers saw a suspicious car parked in the Walgreens parking lot at 7960 159th St., and followed the car west onto 151th Street, police said. Officers attempted to initiate a traffic stop at 94th Avenue, and once they activated their emergency lights, the car attempted to flee.

The car drove through a red light and struck a car that was southbound, police said. The vehicle then veered into oncoming traffic and crashed head-on with an Orland Park police car.

After the crash the two passengers of the car, Brisco-Bright and Johnson, fled on foot, but were taken into custody a short time later, police said. While at the police station, Johnson was found to be in possession of a small amount of heroin.

An investigation also found that Johnson had stolen about $624 worth of cosmetic items from the Walgreens where the car was first seen by officers, police said.

They were both due in bond court Tuesday.