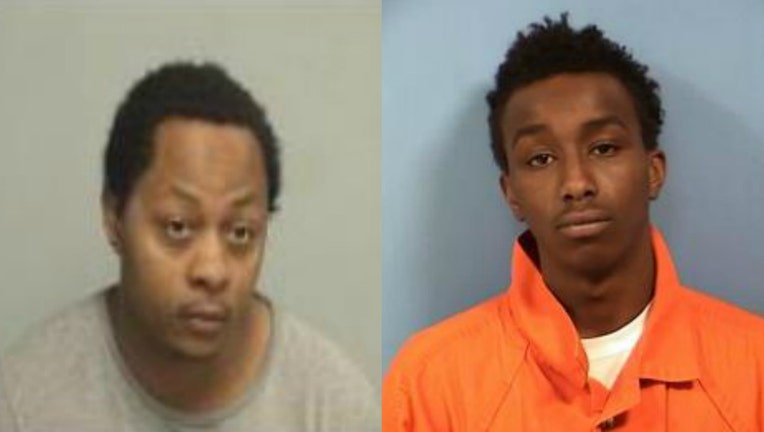 ZION, Ill. - Two men have been arrested in connection with a March 31 armed robbery at a fast-food restaurant in north suburban Zion.

Jerry Thomas, 19 of Chicago, and George Johnson, 24 of North Chicago, were each charged with armed and aggravated robbery, both felonies, according to Zion police.

The caller told officers that two males wearing surgical masks walked into the restaurant and one placed an order, police said. Once the employee opened the cash register, one of the men reached over the counter and grabbed cash from the open drawer while the other walked behind the counter, pointed a gun at other employees and tried to get them to open the drive through window’s cash register.

The pair then ran from the restaurant with an unknown amount of cash, police said.

An investigation led officers to Thomas and Johnson, police said, and they were arrested and ordered held on $750,000 bail.

Thomas remains in custody at the DuPage County Jail, police said. Johnson is being held in the Lake County Jail.