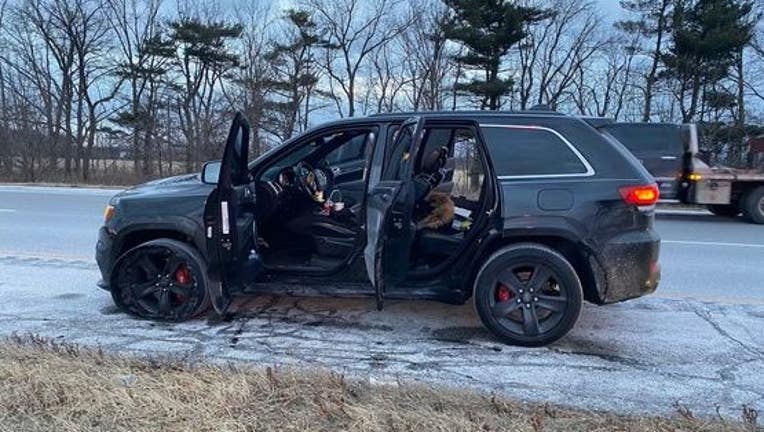 Indiana State Police shared images of a Jeep that was recovered after it was reported stolen from Plainfield, Ill., via a Facebook sales scam.

LAPORTE COUNTY, Ind. - A stolen Jeep was recovered and a man was charged after leading Indiana State Police in a high-speed chase Thursday afternoon in LaPorte County, Indiana.

Around 4:15 p.m., state troopers were following a black Jeep Grand Cherokee SRT that had plates matching a different vehicle when the Jeep sped off south on Franklin Street before getting on Interstate 94 westbound, according to Indiana State Police.

Police continued to follow the Jeep as it exited I-94 before getting on I-90 where it sustained a flat tire, police said.

The Jeep came to a stop near the 27-mile marker where the driver, Keyvon Johnson, and a male passenger were taken into custody, police said.

Further investigation revealed the Jeep was reported stolen in Plainfield, Illinois as part of a Facebook sales scam with Johnson matching the scammer's description, police said.

Johnson, 23, from Plainfield, was charged with resisting law enforcement with a vehicle, theft, reckless driving and possession of marijuana.

Indiana State Police said it is not the first time Johnson has led police on a chase. 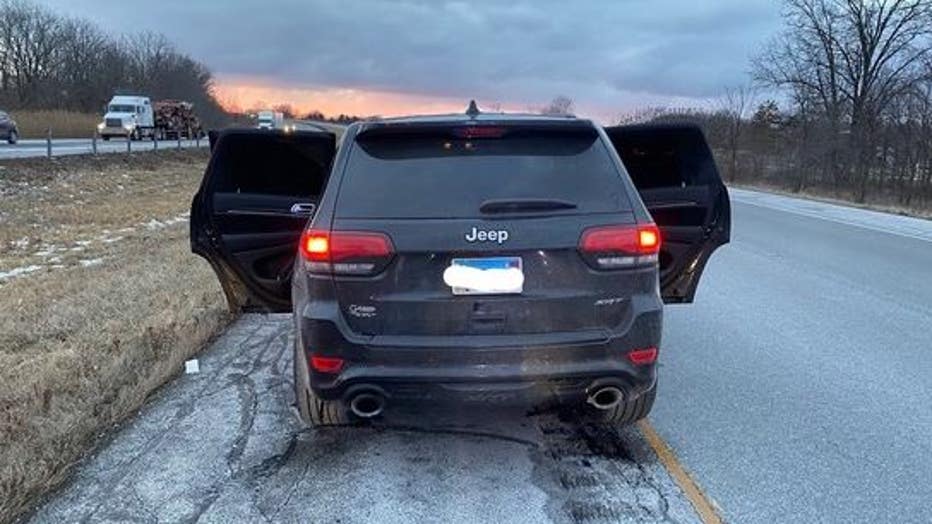 Indiana State Police shared images of a Jeep that was recovered after it was reported stolen from Plainfield, Ill., via a Facebook sales scam.