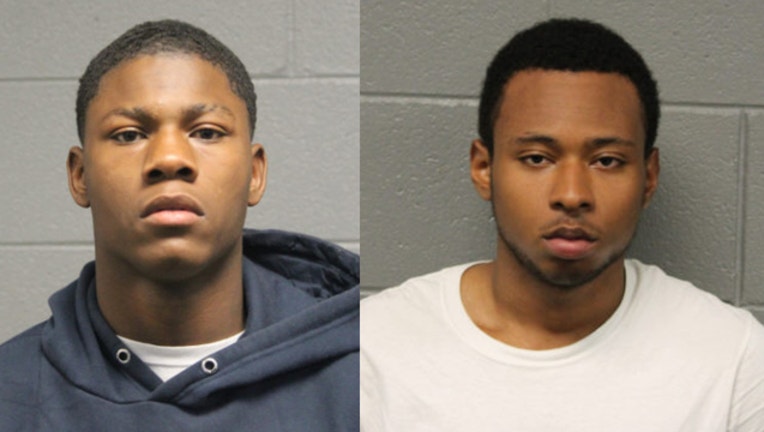 CHICAGO (SUN TIMES MEDIA WIRE) - Bail was denied for two men arrested within an hour of allegedly robbing people at gunpoint Wednesday in Pilsen on the Southwest Side.

Rodney Jones, 18, and Charles Franklin, 19, are each charged with two counts of felony armed robbery, according to Chicago police.

The pair allegedly approached two separate victims about 11:30 p.m. in the 1900 and 2000 blocks of South Morgan Street, police said. Jones held a gun while they robbed the victims of their belongings, police said.

Officers in the area were notified of the robberies and attempted to stop the pair about 45 minutes later, police said. Jones and Franklin were arrested after a short foot chase in the 700 block of West 18th Street.

Jones, who lives in south suburban Hazel Crest, and Franklin, of suburban Willowbrook, were ordered held without bail on Thursday by judge John Lyke Jr., according to police and court records. They are due again in court on May 30.

Neither man has an adult criminal history in Cook County.