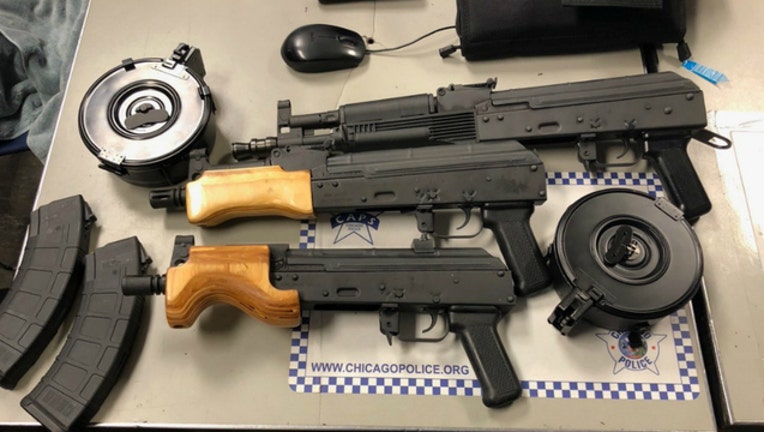 CHICAGO (Fox 32 News) - Three people are in custody after an assault weapons bust in Chicago.

Police say a tactical sergeant heard gunshots near 69th and Dorchester at about 1 a.m. Friday morning. They saw a car leaving the scene and tried to stop it. The car took off, but hit a parked vehicle and a tree.

Two people have been charged with various offenses.