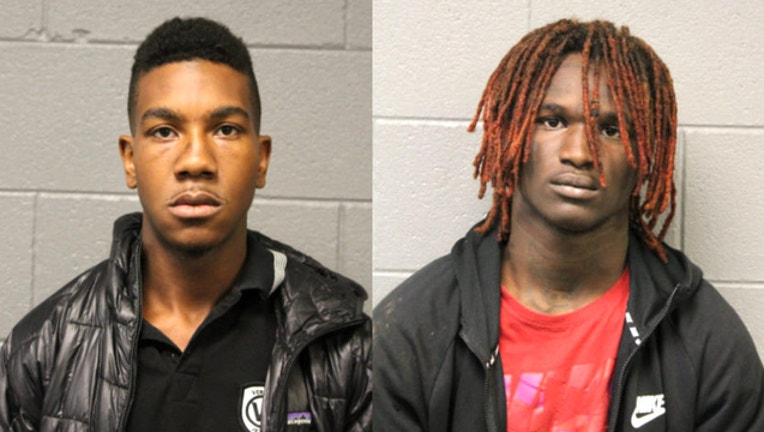 CHICAGO (SUN TIMES MEDIA WIRE) - Two men have been charged with robbing someone Thursday at a Red Line station in the Loop.

Sherwan Williams and Corey Dailey, both 21, were each charged with a felony count of robbery, according to a statement from Chicago police. Daily, who lives in the West Pullman neighborhood, was also charged with two counts of drug possession.

Officers arrested the two on Thursday after they were allegedly with three other men about 2:35 a.m. at the CTA Red Line station at State and Lake streets and robbed a 23-year-old man of his possessions, police said.

The other men ran away after the robbery, but Williams and Dailey lingered nearby and were briefly chased by responding officers, who arrested them, according to police. The robbed man wasn’t hurt in the incident.

Williams, who is resident of south suburban Harvey, had two unrelated warrants for his arrest, police said. Officers found marijuana and ecstasy pills on Dailey.

The two were scheduled for a bail hearing on Friday.