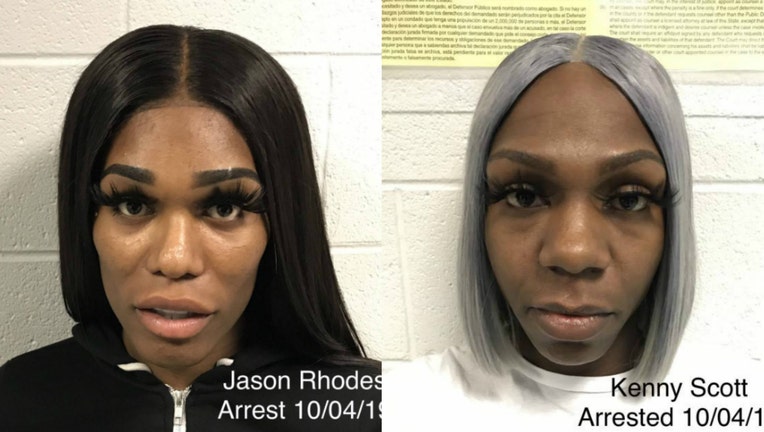 Authorities identified the suspects as 25-year-old Kenny Scott and 23-year-old Jason Rhodes, Rosemont police said. Both were charged with two felony counts of robbery. Rhodes was also charged with one count of resisting arrest.

Investigators initially learned of a robbery that happened at a hotel about 12:24 a.m. Oct. 4, police said. Someone reported that they called a number looking for a “massage service” and had their phone and $400 stolen when the suspects arrived at the hotel room.

Later that evening, Scott and Rhodes were arrested by undercover officers at a different hotel when they allegedly attempted a similar robbery, police said.

Scott and Rhodes are each being held on $60,000 bail, and their next court date is scheduled for Oct. 24.