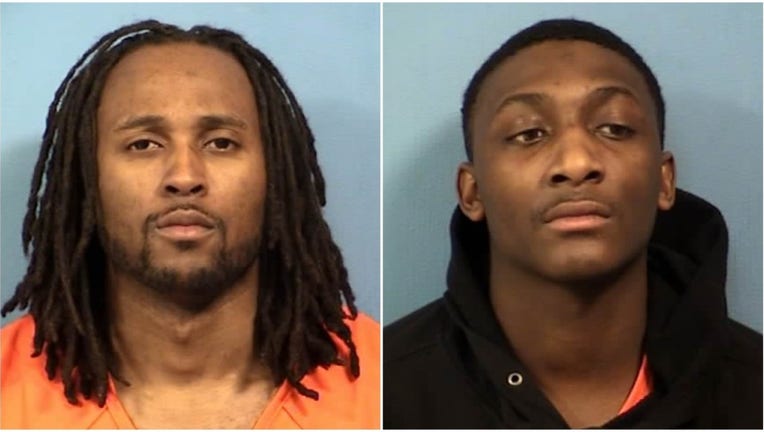 LISLE, Ill/ - Bail was denied Monday for cousins accused of stealing dozens of cellphones and other electronics at gunpoint from a Verizon store in west suburban Lisle.

Ezekiel Thompson, of Streator, and Arron Thompson, of Aurora, are each charged with armed robbery with a firearm, aggravated kidnapping, unlawful use of a weapon by a felon, unlawful possession of a stolen motor vehicle and defacing identification marks of a firearm, according to the DuPage County state’s attorney’s office.

The charges stem from an alleged robbery that occurred about 6:48 p.m. Feb. 1 at a Verizon store, 1104 Ogden Ave., in Lisle, prosecutors said. The 24-year-olds allegedly entered the store wearing masks, pointed guns at an employee and demanded he go to the back of the store.

They ordered the employee to open a vault that held cellphones and told him to put them in a duffel bag along with other electronics, prosecutors said. In all, the employee placed about 60 phones in the bag.

The pair allegedly bound the employee’s arms and legs with zip ties, stole his wallet, keys and car, prosecutors said. Authorities later located the duo in the parking lot of an apartment complex in Woodridge, where they were taken into custody after a brief foot chase.

If convicted, the men face an additional 15 years to their sentence because they were allegedly armed with guns, prosecutors said.