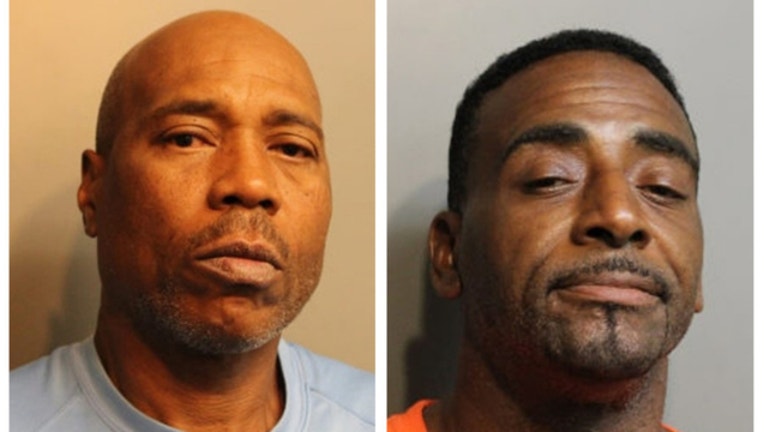 Fred D. Harris, 57, of West Pullman, is charged with one count of burglary and one count of criminal trespass to property, Mount Prospect police said. Renard Huston, 52, of Austin, is facing the same charges.

Numerous officers responded to the site and established a permitter around the building, police said. K9 Alex found Huston hiding inside the building during a search.

They are each being held on $30,000 bond and are scheduled to appear in court August 9.